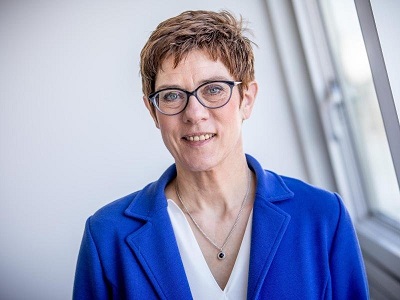 It will take the United States and Europe working in concert to maintain the strength of the West, German Defence Minister Annegret Kramp-Karrenbauer said in Berlin on Monday ahead of the US elections.

“Irrespective of the outcome of the election, only America and Europe acting together can keep the West strong in the face of the unmistakeable Russian exercise of power and Chinese ambitions for global supremacy,” Kramp-Karrenbauer told the RND news agency.

“We need to defend the values of freedom that America has historically contributed to in Germany as no one else,” she said.

She noted that Germany remains dependent on the strategic protection of the United States. “At the same time, Germany and Europe will have to become more active as bearers of the Western order.”

Referring to the role of US President Donald Trump, seen in Germany as a deeply divisive leader, Kramp-Karrenbauer said that, while uncritical obedience was not a good path to follow, automatic opposition to a distorted image was also wrong.