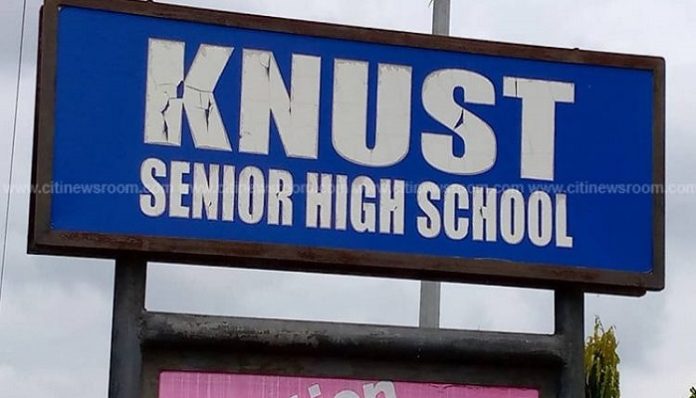 The Director-General of the Ghana Education Service (GES) has with immediate effect directed the Headmistress of the KNUST Senior High School (SHS), Ms. Felicia Asamoah Dankwaa, to step aside.

This comes in the wake of a demonstration by the students on Wednesday, July 08, following the death of one Sam Leonard, a final-year Business Student.

A statement issued by the GES, signed by Ms. Cassandra Twum Ampofo, Head of Public Relations, said the Ashanti Regional Director of Education should take over the administration of the School.

The Management of GES, according to the statement, would be investigating the circumstances leading to the death of the final-year student on Tuesday.

The deceased, purportedly an ulcer patient prior to his death, had complained severely of a stomach upset, but the School authorities allegedly fearing that he might have contracted COVID-19 left him to his fate.

But for the timely intervention of the police, things could have gotten out of hand as the demonstrating students, clad in red bands, threatened to go on the rampage.

Some of the students speaking to the Ghana News Agency (GNA), Kumasi, indicated that it took the intervention of the parents of the late Leonard to send him (deceased) to the hospital where he passed on.

Meanwhile, calm had been restored on the School campus, following a crisis meeting, convened at the instance of the Ashanti Regional Security Council (REGSEC).

The meeting, held at the School’s premises, brought on board the Students’ Representative Council (SRC), representatives of the Regional Directorate of Education, authorities of the School, and the Member of Parliament for Oforikrom, Dr. Emmanuel Marfo.