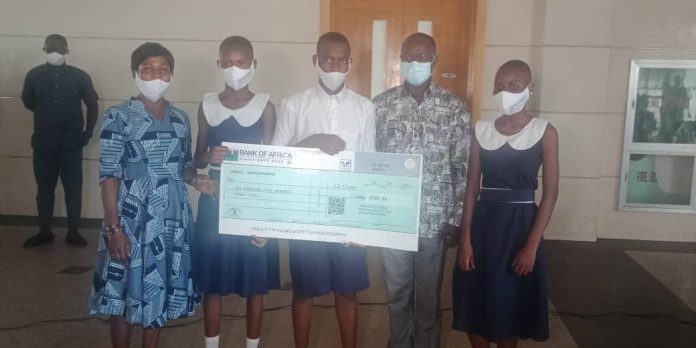 The Ghana Education Service (GES) in Collaboration with Healthy Cities for Adolescents (HCA), has organised adolescents-led photo and video competitions to promote the health and wellbeing of adolescents in Northern Ghana.

The event, held in Tamale, was under the HCA’s project titled; “Responsive Adolescent Health Interventions in Ghana and on the theme: “Healthy Cities: Young People Leading the Change”.

The project, would put in place strategies that would help to reduce child marriage and early childbearing to retain adolescents in school and beyond basic levels in the Tamale Metropolis.

It is being implemented in partnership with the Regional Institute for Population Studies (RIPS) of the University of Ghana, with funding support from Botnar Foundation.

Professor Joseph Yaro, the Director of RIPS, said adolescents in the Tamale Metropolis faced some health challenges, especially issues pertaining to their sexual behaviours and healthy nutrition among others.

He said there were several challenges at cities’ level, which threatened the lifestyles and the future of adolescents.

He noted that the project had some interventions that would help to address some of the challenges by giving adolescents the opportunities to lead the change.

Alhaji Abu Takoro, Coordinator for Basic School at the Education Unit of the Tamale Metropolitan Assembly, said the adolescents-led photo and video competition was an activity that sought to engage the minds of adolescents on their perception and how they could contribute solutions to adolescent challenges for healthy lives.

He urged city authorities and duty bearers to engage young people in city planning and development, saying “they should also be consulted in the Medium Term Development Plan (MTDP) of the Metropolitan Assembly”

He called on duty bearers to build the capacity of adolescents in leadership skills to empower them to take-up decision-making positions in future.

He encouraged students, teachers and other stakeholders to respect rules and regulations governing them to help address educational challenges in the Northern sector.