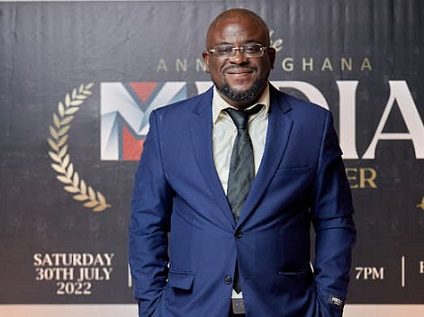 The maiden edition of the Ghana Environmental and Sanitation Awards 2022 (GESA’22), scheduled for October 1, 2022, will honour individuals who have contributed towards keeping the environment clean.

The awards gala to be held at the AH Hotel would recognise and honour organizations, companies, and people who are promoting environmental sustainability in their respective fields of endeavor.

Vice President Dr. Mahamudu Bawumia is expected to grace the occasion while Madam Cecilia Dapaah, the Minister of Sanitation and Water Resources would give the keynote address.

In a statement signed by Mr Nanayaw Kwakye-Boadu, Chief Executive Officer of EduEnter Group, the organisers of the awards said they seek to acknowledge the efforts of professional scavengers, recyclers, and refuse collectors in reducing environmental pollution.

Explaining the criteria for nomination, Mr Kwakye-Boadu said nominations were as a result of several months of intense research on individuals, institutions, corporations, and organisations who have excelled in the sanitation industry.

He added that individuals or groups whose visible commitment towards the advancement of the environmental and sanitation narrative of Ghana over the past decade deserved acknowledgement for their selfless service to humanity and excellence in carrying out their mandate.

“This award scheme is the first for the industry and hopefully it will inspire all citizens to do more as we strive as a country to become a safe environmental haven for all,” he stated.

Dr Joseph Siaw Agyapong, Founder and Executive Chairman, Jospong Group of Companies, shall be honoured with Ghana’s Environmental and Sanitation Man of the Decade Award.

The GESA is a trailblazing annual awards scheme that encourages the government, private sector, NGOs, multi- and bilateral organizations, foundations, trusts, civil society groups, and all Ghanaians to collaborate in order to achieve set goals in the environmental and sanitation value chains, including the Sustainable Development Goals (SDG Goals 6, 13, and 14).

Zoomlion Ghana Limited are the official headline sponsors for the awards.