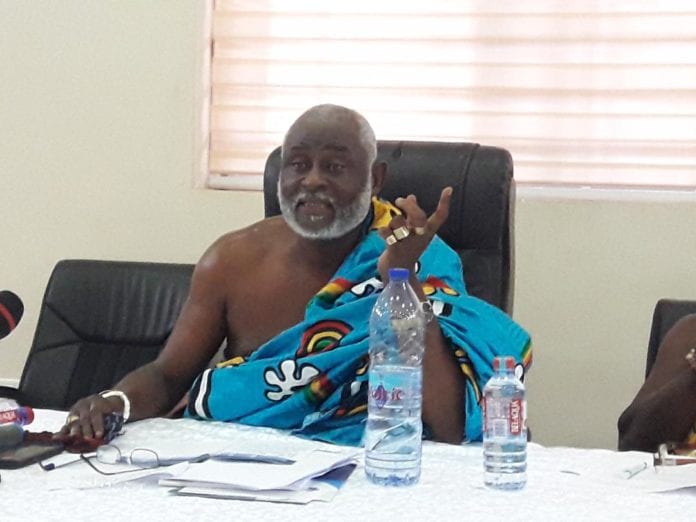 Nii Okwei Kinka Dowouna IV, the President of the Greater Accra Regional House of Chiefs, has said traditional authorities are willing to help in the fight against corruption.

He said traditional rulers are prepared to get involved in building the nation but they have been relegated to the background.

He said this when the Commission on Human Rights and Administrative Justice (CHRAJ) in collaboration with the Ghana Integrity Initiative (GII) engaged the Greater Accra Regional House of Chiefs on Tuesday to build their capacity to understand the National Anti-Corruption Action Plan (NACAP).

Nii Dowouna IV, who is also the Paramount Chief of Osu Traditional Council, said the chiefs in the localities do not get access to the budget relating to their jurisdiction and District Chief Executives carry out activities in a chief’s jurisdiction without soliciting their views.

Mr Richard Quayson, Deputy Commissioner of CHRAJ, said there is the need for traditional authorities to play their part in actions spelt out in the National Cultural Review.

He urged the chiefs and queen mothers in the region to help create an appropriate ethical environment to minimize opportunities and initiatives which promote corruption.

He said the vision of NACAP is to create a sustainable democratic society founded on good governance and imbued with high ethics and integrity.

Madam Mary Awelana Addah, Programmes Manager at the GII, said the fight against corruption is not a day’s event rather, it was a process that needed constant activities geared towards winning the battle.

Madam Addah said chiefs have the power of assembling subjects and that it is necessary for traditional leaders to help in the fight against corruption with all the resources they control.

The engagement with the chiefs is a series of events to support the implementation of NACAP and increase their awareness on the Plan.

It is also aimed at promoting GII’s Advocacy and Legal Advice Centre (ALAC), an avenue to report and pursue incidences of corruption for redress.