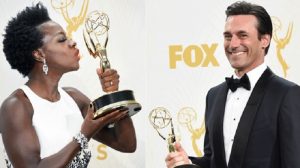 The MTV Movie and TV Awards have scrapped gender-specific categories after Billions star Asia Kate Dillon raised the issue ahead of this year’s Emmys. Should other awards ceremonies do the same?

When Emmy Award organisers asked Asia Kate Dillon from Billions which category the female-born star wanted to be considered for, it proved a struggle because the performer identifies as gender non-binary.

What to go for – best actor or best actress?

The dilemma opened up a dialogue with Emmy organisers after Dillon wrote a letter to the Academy.

The star asked: “I’d like to know if in your eyes ‘actor’ and ‘actress’ denote anatomy or identity and why it is necessary to denote either in the first place?”

The Emmys explained that “anyone can submit under either category for any reason. The Academy supports anyone’s choice to do that, and the Academy is not going to do any sort of check”, Dillon told Variety.

“I found them to be 100% supportive,” Dillon says of the Academy. “I really couldn’t have been happier.”

The performer chose to enter the best supporting actor category in the end, explaining “actor” is generally regarded as a non-gendered word.

But is it time to drop the gender tag altogether?

While most of the big hitters including the Oscars and Baftas still have best actor and best actress categories, there are some organisations that are pushing the envelope. 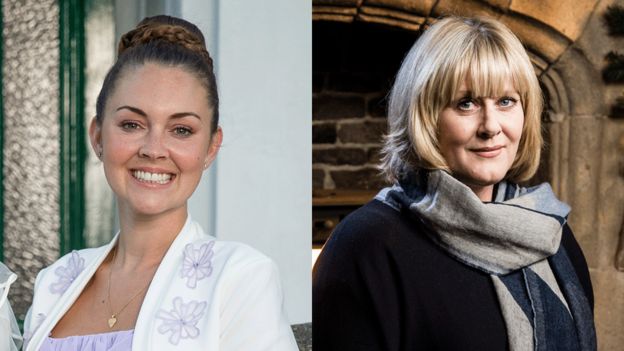 And bar two years when they reverted back to best male and best female in 2012 and 2013, it’s been the same ever since.

“It felt right for the National Television Awards to make the change,” says Kim Turberville, executive producer and founder of the NTAs.

“A great performance is great regardless of gender and we think that dropping the male/female division has made the drama performance category more exciting.

“It may surprise viewers one year if all four short-listed nominees voted for by the public happen to be female or male, but if that is the case it will be because of their brilliant performances and will be an interesting outcome in itself.”

In the music world, while the Brit Awards offer the more traditional best male and best female prizes for both British and international artists, across the pond at the Grammys, no such thing exists.

Although the Grammys feature a huge 80-plus list of categories, including everything from best Latin rock album to best new age record, there is no sign of any male or female awards. The big awards are considered to be album of the year, song of the year and record of the year.

So it’s not just an issue of gender identity – it’s about having no distinction between female and male talent. Put simply, which performance is the best overall?

But there could be other implications for awards organisers if they changed their rules.

Having only one overall best actor category – if you agree with Dillon that the word actor is a non-gendered word – could give the winner more kudos in the acting community having beaten both male and female competition.

On the other hand, with just one category, fewer performers may get short-listed and worthy nominees may miss out.

For example, the Oscars currently have five nominees in each best actor and best actress categories. They may well increase the number of nominees if there was to be only one best performance award, but that’s not a given. Perhaps one way to solve this would be to be more genre specific in each category – so rather than best actress or best actor, how about best drama performance or best comedy performance?

Of course the Golden Globes already do this, although they still split the awards down gender lines.

Olivia Colman and Hugh Laurie were both beneficiaries of this system earlier in the year, when they won best performances by an actor and an actress in a supporting role in a series, mini-series or TV movie in The Night Manager.

And you could argue that having more gender split categories might boost the profiles of women film-makers, who historically struggle to gain recognition in areas such as directing, which is gender neutral.

There have only ever been four female nominees for the best director Oscar and only one winner – Kathryn Bigelow for Hurt Locker in 2010. Who might have made a best female director nominee at this year’s Oscars? Perhaps Andrea Arnold (American Honey), Mira Nair (Queen of Katwe) or Jodie Foster (Money Monster)?

Dillon’s hope is that the Emmys conversation opens the debate further, saying: “I can only speak to the world in which I wish to live.

“I think this is a really good place to start a larger conversation about the categories themselves, and what changes are possible and what may or may not be coming.

“I’m excited to see what other people think, and what they want to say once they become aware of this.”

And who knows – could a change happen at the Baftas? We’ve asked them if they can see a rule change on the horizon, but they have yet to respond.