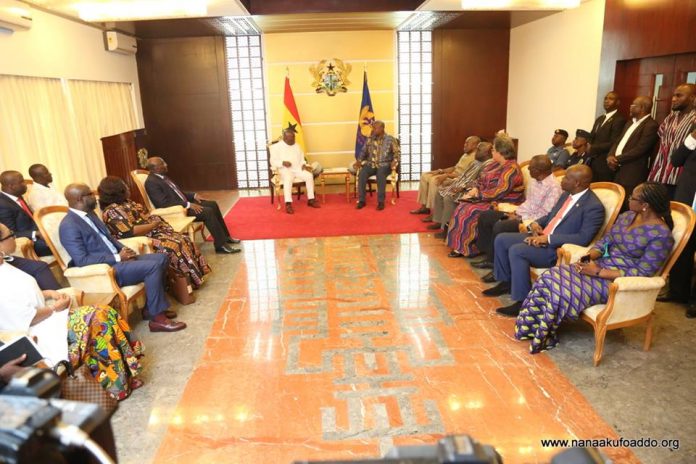 The National Planning Committee for Ghana’s 60th anniversary celebrations on Monday denied plagiarizing the anniversary logo, saying that the insignia was an original work commissioned by the Committee. 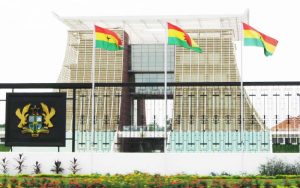 It said the logo, inspired by two adinkra symbols, ‘Mati Masie’ and ‘Tikoro nko agyina’, was designed by one Emmanuel Addo, a student at the Kwame Nkrumah University of Science and Technology (KNUST).

At a press conference at the Flagstaff House in Accra, Mr Jefferson Sackey, Chairman of the Media Sub-Committee of the Anniversary Planning Committee, said the committee went through a deliberate and thorough process to arrive at the logo that was launched by President Nana Addo Dankwa Akufo-Addo last Thursday.

He said the committee invited and had over 50 proposals from artists and designers, out of which 20 designs were shortlisted.

He said the committee, with the help of some experts, further scaled down the designs to five before settling on the logo, which was unveiled last week, adding that the selection process would not lend itself to a plagiarized work.

Over the weekend, social media was abuzz with news that the Logo for the year-long 60th anniversary celebration that starts on from the month of March had been copied from an Indian youth association emblem.

Various radio stations also took to discussing the issue, with discussants querying the Commission without a lead from it.

Mr Sackey told the media that that accusation was unfounded because “The issue of plagiarism is something that comes to us as a surprise.”

He said the Committee’s investigation had revealed that certain interest hurriedly put together a website over the weekend with the same logo, ostensibly to “paint us in a bad light,” to upset the plans of the Committee.

Explaining the processes for selecting the design and logo for the year-long Anniversary, he said, after the President constituted the National Planning Committee, many designers across the country showed interest in designing the logo for the anniversary, therefore, the designers were asked to make presentations to the Media and Branding Sub-committee.

He said that after intensive deliberations and scrutiny of the designs presented by the various designers, the Committee shortlisted five out of the 20 entries, and subsequently Mr Addo’s designed was eventually selected after consultations with experts in the creative arts industry.

The design, Mr Sackey said, captured the essence of the theme for the celebration. It comprises two Adinkra symbols and people holding hands with heads together in a circle, symbolising togetherness, duality of the essence of life, diversity in democracy and inter-dependency.

He said the elements in the design complemented the theme for the anniversary: ‘‘Ghana, 60 years on, mobilising for Ghana’s Future’’.

The campaign is intended to change the attitudes and mind-set of Ghanaians geared towards building a desirable nation for accelerated national development.

In view of this, he encouraged Ghanaians to share short videos or pictures through the social or print media on how to support the campaign.

This, he said, could be demonstrated through social activities such as volunteering to donate blood, paying taxes to the authorities and keeping the environment clean, as well as eschewing bribes and corruption in society.

He, therefore, urged all Ghanaians to show interest and support the campaign in order to achieve a national ideological agenda.

Meanwhile, the Committee had urged corporate entities and philanthropic organisations to come to the aid of the Committee with financial and logistical support.

Mr Ken Amankwah, Chairman of the Committee indicated that the GH¢20 million budgeted for the celebration would not come from the national coffers, but would be sourced from donations by corporate entities and the general public.