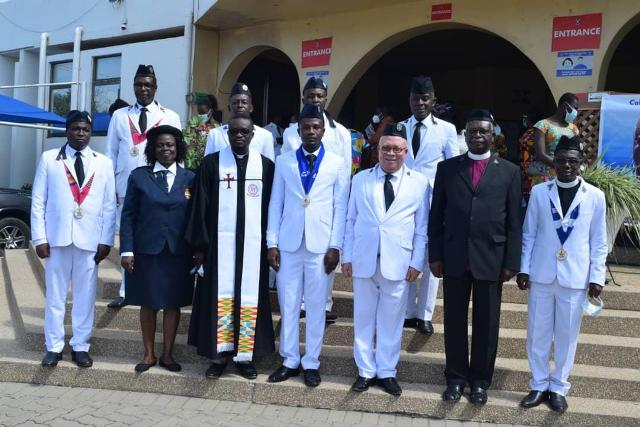 Mr Moses Foh-Amoaning, the President of the Brigade, who performed the induction, said Mr Offei had endeared himself as a dependable person willing to support the growth of the group with finances and advice.
He said the Patron had assisted with designing the Anchor City, located at Prampram.
In an interview with the Ghana News Agency, after the induction, Mr Foh-Amoaning said the first qualification to become a patron of the Brigade was to be an active member of the PCG and Mr Offei was noted to be one such person.
He said the task of bringing together more than 100,000 boys and girls around the country was daunting and it took committed people to achieve that goal.

The Brigade is made up of district, regional and national chapters and this is the first time it has inducted a National Patron.

Mr Foh-Amoaning said the objective of the Boy’s Brigade is to advance Christ’s Kingdom among boys, which sought to promote the habit of obedience, reverence, and self-respect to make them true Christians.

“The basic focus is to bring the boys to the saving knowledge of our Lord Jesus Christ and then to train them in the service of the Lord with discipline,” he said.

“I believe that those two boys who killed the 10-year old boy, if someone had gotten hold of them and trained them in the fear of the Lord, they would not have gotten themselves into that trouble.”

Mr Foh-Amoaning advised the youth, especially the males, to get closer to the Lord.
“Getting closer to the Lord is the foundation, because that will give stability and focus in line with the promise of our Lord Jesus that He will be with us to the end of the world,” he said.
Present at the ceremony was Rev. Dr Joseph Nana Annan, the immediate past President, among other dignitaries.