Ghana has been described as one of the countries in Africa that has successfully eradicated Guinea worm and Trachomaas, which are part of the fight against Neglected Tropical Diseases (NTDs). 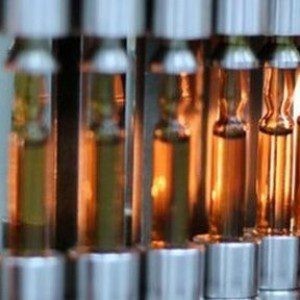 Ghana has therefore been certified by the World Health Organisation (WHO) since July 2014, whilst the elimination of Trachoma has been achieved since 2016 with the dossier preparation for verification of elimination ongoing.

Ghana’s Deputy Minister of Health, Mr Kingsley Aboagye-Gyedu who made this known at the on-going global summit on Neglected Tropical Diseases (NTDs) when he shared some of the success Ghana has chalked out in the area, said 3.8 million people in Upper West and Northern Regions have been freed from trachoma.

The five-day Summit, marks the fifth anniversary of the London Declaration, a historic document signed by leaders from diverse sectors committed to controlling, eliminating or eradicating 10 tropical NTDs by 2020.

Since the London Declaration, fewer people are suffering from these disabling diseases and many countries are eliminating them entirely.
NTDs are a group of debilitating infectious diseases such as elephantiasis, river blindness and trachoma that affect the world’s poorest communities.

These gains, have made possible by strong global partnerships, country leadership and investments in innovation and technology.

The 2017 summit marks the 5th anniversary of the WHO’s roadmap on NTDs and the London Declaration and to celebrate the milestone: “Uniting to Combat NTDs.”

Representatives of Member States, donor agencies, foundations, the private sector, academia and stakeholders and pharmaceutical companies are participating in the summit.

Mr Aboagye-Gyedu said government would rollout and intensify the deworming exercise of children for at least once a year to protect them from schistosomiasis, which made them vulnerable due to their play habits.

The disease could cause mental debilitation, thus, reducing the child’s ability to learn.

The government he said would be investing in the use of technology to distribute drugs to the regions and communities who would be needing them and “this will be done with just by a press of a button, it will tell what kind of medicine is out of stock at which particular facility”.

The Deputy Minister pledged the commitment of the government in ensuring that the remaining NTDs were tackled with all seriousness to ensure their total elimination.

In an interview with Ghana’s NTDs Programme Manager Dr Nana Kwadwo Birituwm, on the NTD situation in Ghana, he explained that transmission has been broken in 81 out of 98 endemic districts for Lymphatic Filariasis, also known as Elephantiasis

Elephantiasis is a worm disease which is usually acquired in childhood and could cause the scrotum and breasts to swell to the size of a watermelon often leading to deformity, social stigma and isolation.

“This indicates control to elimination for this disease is ongoing and very soon it would be eliminated from Ghana.”