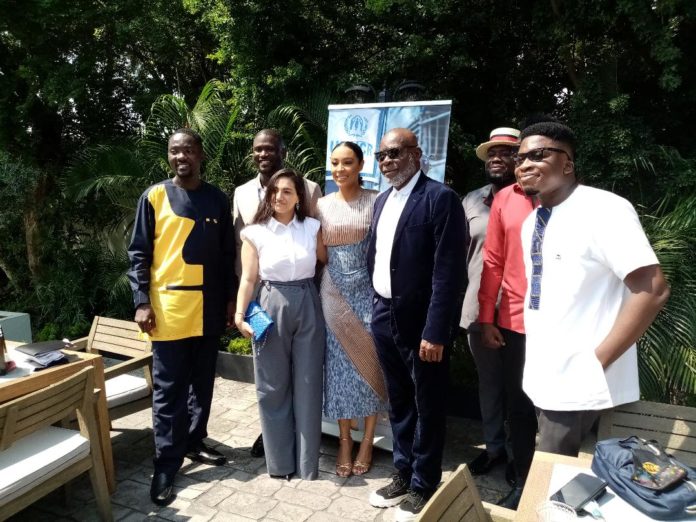 Madam Karigu said the nomination of the two individuals as Goodwill Ambassadors was due to their commitment to easing the plight of people forced to flee their homes due to conflicts.

The UNHCR Representative said Nikki Samonas and Kwame Annom are Ghana’s first UNHCR Goodwill Ambassadors, adding “we are incredibly happy to welcome them both into their roles.”

She said they had demonstrated a deep commitment to the refugee cause by lending their voices, platforms, networks and personal support to drawing attention to the refugee situation in Ghana.

Madam Karigu said their good work had thrown light to the role that host community and private sector could play in alleviating the struggle and challenges of the refugees in Ghana.

She said the newly appointed Ambassadors were raising funds to donate to UNHCR’s COVID-19 emergency response and urged the general public to donate to the cause.

Ms Needa Jehu-Mazou, Head of UNHCR Private Sector Partnerships in Africa (PSP Africa), said the input of the new ambassadors will go a long way to alleviate the plight of the Ghanaian refugees.

She said their appointment was done through the ‘UNHCR’s LuquLuqu campaign,’ which was launched three years ago in several African cities.

Ms Jehu-Mazou said the Luquluqu campaign is a community of liked minded people who were committed to changing the narrative of the African refugee.

She said they started with seven high profile supporters in Ghana for the Ghanaian Group out of which Nikki and Kwame were appointed as the UNHCR Goodwill Ambassadors.

The Newly appointed ambassadors expressed their gratitude for the confidence reposed in them and said they would continue to do their best to help enlighten people on the refugee plight and ways in which they could help.

They said it was a call for them to do more closely with the UNHCR and the Luquluqu campaign in helping amplify the voices of refugees in Ghana, Africa and across the World.

The Ambassadors donated an undisclosed amount of money to the Ghana Refugee Board (GRB) as their way of contributing towards solving the many challenges faced by the refugees.

Mr Tetteh Padi, Officer-in-Charge of Ghana Refugee Board (GRB), receiving the donation commended them for going a step forward in giving some money to help cater for the refugee situation in Ghana.

He said the office would immediately start providing PPEs and other amenities needed to protect themselves against the COVID-19 as they were complains about the lack of it in the camp.

Mr Padi said the donation would be put into livelihood activities – skill training and education to make sure the refugees were equip with what they needed to take care of themselves.

He said they have been able to locally integrate about 2,500 to 3,000 Liberians and one or two from other nationalities into the Ghanaian communities.

He said such people live here in Ghana legally as Liberian Nationals with resident permit and that they were no longer refugees.