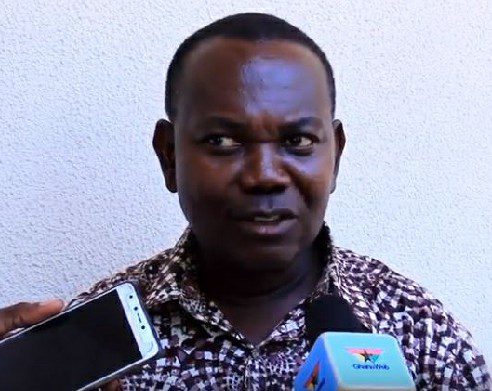 Mr Anthony Nyame-Baafi, Director of Multilateral, Regional and Bilateral Trade at the Ministry of Trade and Industry and also the Chairman of National Committee on Trade Facilitation, has indicated that government has drawn a chart for the implementation of the World Trade Organisation (WTO) Trade Facilitation Agreement (TFA) to ease the cost of doing business which will eventually result in the improvement of Ghana’s economy in all aspects.

Mr. Nyame-Baafi noted that, the comprehensive policy document entailed concrete strategies for the implementation of the trade facilitation reforms, which will span for a period of five years, ending in 2022.

Mr. Anthony Nyame-Baafi, said this in a sideline interview at a Business Forum organized by Global Alliance for Trade Facilitation, GIZ, Ministry of Trade and Industry and the Ghana International Chamber of Commerce dubbed, “The role of Ghana’s private sector in the Implementation of the WTO Trade Facilitation Agreement” at the Alisa Hotel in Accra on 15th August, 2018.

According to him, through an improved efficiency as well as risk managements, the trade reforms that will be implemented will reduce the time for the clearance of imports, exports and transit of goods to 48 hours by the year 2022.

However, the full implementation of the TFA is forecast to slash members’ trade costs by an average of 14.3%, with developing countries having the most to gain. The TFA is also likely to reduce the time needed to import goods by over a day and a half and to export goods by almost two days, representing a reduction of 47% and 91% respectively over the current average.

According to the 2018 World Bank Doing Business Index, in Ghana, an importer spends an average of 6.8 days and pays about $ 1,027.00 in order to satisfy border and documentary compliance at Ghana ports.

Mr. Nyame-Baafi, noted that, “We are looking at a holistic picture where one will be enabled to have a business confidence in the other things we are working on. As they said you go into the cross-border trade to ensure that you streamline that process to its minimum and then this four hours time you spend to clear goods at the ports because of the paperless thing will become sustainable and now also with assistance, we are training Customs, MDAs and FDA on some risk management system.”

The 2017 ranking, he said largely took into account the situation as existed in 2016 and the first quarter of 2017 and explained that, considering the reforms that had been implemented since then, Ghana would definitely move up the ranking in the next ‘ease of doing business’ report that will be released in 2019.

According to Mr. Nyame-Baafi, what the present government has done in terms of improving the ease of doing business with respect to the global rankings, it will then reflect in the 2018 rankings. This he said was supposed to cover the three-quarters of 2017 and first quarter of 2018.

He noted, “We are targeting that, next year or from the 2018 rankings Ghana will be among the top 100. We will not retrogress but rather start improving and then maybe hit 58 and keep improving. If you narrow it to the African countries as I said we may be among the top 5.”

The vice president of Ghana in May 2017, at the Ports Efficiency Conference, gave three directives towards improving trade in the country, effective by September 1st, 2017.

The directives were; the removal of all customs barriers in the country’s transit corridor, Joint inspection by all border agencies; and Implementation of a paperless transaction system at the ports.

The paperless transaction system has been duly implemented, but with challenges. There are reported complaints from the trading public that, the new system has not made significant improvements in the clearing time.

On the government side however, there are indications that the paperless system has improved revenue collection (about 56%).

There was also the Ghana National Single Window (GNSW) Programme, an all-of-government automation and integration approach to link government agencies and private sector operators involved in international trade, utilising existing systems and infrastructure wherever this is efficient and effective.

Its key aspects were the fully automated and paperless “single entry point” and the ePayment Facilities.

According to the Ghana Trade Hub, in 2016 alone, the time and cost of importing was reduced by 400 hours and US$50 respectively, per consignment.

According to the Ghana Business Development Review, a report by the University of Ghana Business School, between 2015 and 2017, the implementation of the single window system had increased government revenue significantly by 24% over the past two years, rising from GH¢744 billion in 2015 to GH¢975 billion in 2017.

Also in 2016, the Ghana National Single Window CashXPress Card was introduced to facilitate e-payment at the ports.

Although, the private sector had been the main beneficiary of an improved and a facilitated trading environment, their role has been lackluster and reactive. The private sector’s contribution to the trade facilitation effort had been through sporadic reactions to government’s policies such as the introduction of the paperless system; and introduction of levies and fees by border agencies.

Some of the best-known examples of PPPs for trade facilitation in the area, had been in the implementation of Single Electronic Windows (SEW). The most successful SEW systems – such as TradeNet in Singapore, Tradelink in Hong Kong, China and U-tradeHub in the Republic of Korea – have set benchmarks and established business models that offers important lessons for other countries wishing to emulate their success.

The benefits were obvious. In Singapore, the time to process trade documents was reduced from four days to 15 minutes after the introduction of TradeNet. In Hong Kong, China, the annual savings from automated information transaction systems was estimated at HK$ 1.3 billion (US$ 1.7 million) according to UNESCAP. And in the Republic of Korea, the total savings for the trading community from implementing U-tradeHub was estimated at US$ 1.82 billion.

It was important to note that there was no one-size-fits-all investment model for SEW projects. They needed to be structured on sound business principles which took into account the country’s long-term development goals, context and experiences.

In the best practices highlighted above, each country had a clear vision for how trade facilitation reforms like SEW could boost competitiveness and solidify their leadership as export hubs. The Republic of Korea wanted to become the economic and logistics hub of north-east Asia, while Singapore, situated in the middle of the world’s busiest shipping lanes, saw the value of becoming a leading trans-shipment and logistics hub.

PPP trade facilitation projects like SEW facilities relied on a number of critical success factors. They include building trust between regulatory agencies and the private sector, and having sustained commitment from policy-makers and the business community, a realistic assessment by both private and public sectors of each party’s role and capability in the venture, and a sound legal framework that supports the needs of the project and the general trade facilitation environment.

Speaking to the executive secretary of the Ghana Association of Importers and Exporters, Samson A. Asaki, in an exclusive interview on the sideline at the forum, he intimated that, WTO says prior to implementation of a policy, there should be a stakeholder engagement three (3) months before the implementation.

In his lamentation, he said, “But in this country, they don’t engage us when they are formulating a policy, they rather engage us when policy is about to be implemented, and when we raise an issue, they will tell us it is already in law now. But sometimes, the law is sent to Parliament!”

Mr. Asaki, however, used the opportunity to call on both the Parliamentary select committee on Trades and Finance that, “Sometimes when the issues especially like fees and changes comes to their domain, there is nothing that stops them from engaging we the stakeholders.”

Samson Asaki, also stressed, “And I want to use this opportunity here again to call on all stakeholders to be formidable. In fact, in other jurisdiction, Trader Associations are respected by government. You go to America, the American Trade Association is always consulted by the government before any policy implementation. They influence policy direction, they are informed before any implementation. When they kick against any policy, it will be withdrawn. In this part of our world, it’s not like that, it’s because we ourselves are not very solid and united enough to stand against things of this nature. But we use political colours to destroy our own image and the consequences goes to the final consumer.”

“We the stakeholders are available. We are not saying government should not implement policies, but we think that, before government implements any policy, they should involve us, they should discuss with us and let us understand and buy into the idea before the implementation,” he noted.