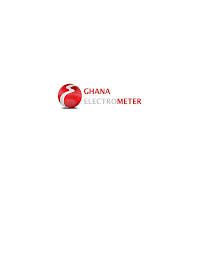 The Parliamentary Select Committee on Energy has pledged to support the Ghana Electrometre (GEM), the sole electricity metre producing company in Ghana to become the leading producer in West Africa.

The Committee made the promise during a tour of the premises of GEM in Accra.

The visit was aimed at obtaining first-hand information on the operations of the company and to find out how best government could support it to enhance its productivity.

Dr Donkor commended Mr Yaw Darkwa, GEM?s founder and Managing Director, for his entrepreneurial skills, innovation, foresight and vision, which led to the setting up of the company.

The Chairman urged the company to step up production to meet the demand of the local energy sector and the entire West African Sub-Region, saying that once GEM with time attains such a level, there would be no need to be importing metres into the country.

On the issue of faulty metres being installed in homes and offices, Dr Donkor said, the Select Committee would be holding a round table meeting with the Public Utility Regulatory Commission, the Energy Commission, the Electricity Company of Ghana (ECG) and GEM, on how best to address the issue.

Mr Darkwa said GEM was established in Ghana in 2003 in response to the increasing requirement for quality electricity metres; with a vision of being the preferred metering company in West Africa.

He said the company currently provides jobs to more than 400 Ghanaians both directly and indirectly.

The Managing Director said GEM had been providing Ghana with credit and prepayment metres, which continued to facilitate and accelerate revenue generation, collection and protection for players in the energy sector.

He said the company had so far supplied for deployment by the ECG and the Ministry of Energy about 350,000 credit metres and than 440,000 prepayment metres.

Mr Darkwa noted that GEM?s strategic partnership with Elsewedy Egypt S.A.E, a market leader in electricity metres and metering solutions in Africa and the Middle East, had endowed the company with the requisite technology, skill, and capacity to offer the Ghanaian and the West African markets electronic metres with modern technologies.

He said metres produced by GEM were of high quality and in line with international standards and the standards of the Ghana Standards Authority and specifications from the ECG.