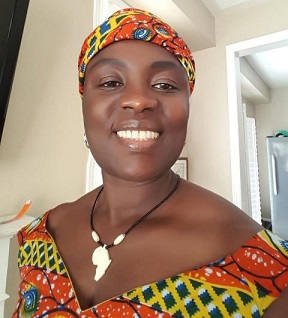 The Ghana Environmental Advocacy Group(GEAG), in collaboration with the Nzema Advocacy for Peace Building and the Petroleum Hub Committee, has raised concerns over the Petroleum Hub Development Project in the Jomoro Municipality.

The concerns follow an extensive review of available documentation by the group, regarding the proposed petroleum hub project at the Bonyere enclave.

The concerns were contained in a letter signed on behalf of the group by the Convenor, Madam Elizabeth Allua Vaah and addressed to the Board Chairman of the Petroleum Hub Development Corporation(PHDC) and Omanhene of Western Nzema Traditional Council (WNTC) Awulae Annor Adjei and copied to other stakeholders.

Among the concerns raised by the group are that the 20,000 acres of land earmarked for the project was overly large compared to other land sizes around the globe.

The letter said the loss of lands and rivers would deprive indigenes of farming and fishing activities and raised concerns of lands and water bodies suffering from spillage and petrochemical effluences and gases.

The group also identified the lack of a framework for relocation and resettlement of affected towns and households.

A major concern to the group is the lack of details on financial settlements and compensations to landowners as well as loss of generational benefits use and value of the land.

The group said the lifetime and generational health impacts to indigenes must be considered and earmarked financial benefits and royalties to Nzemamanle from generated revenue established at $15 billion to Ghana.

The group, however, bemoaned the little involvement and consultation with Nzemas, who would be directly impacted as no signs of training skills development for local people into the petrochemical industry.

The group, however, recommended that the land size for the petroleum hub enclave be scaled down to 5,000 acres and develop a framework for the release of hub lands only if required by establishing major milestones and substantial completion of hub facilities.

It stressed the need for the formation of a broad-based Nzema stakeholders Assembly to comprise representatives from affected towns ,villages and of Nzema descent with various backgrounds to liaise with Awulae and Jomoro in seeking the long term plan.

It also called for the establishment of environmental controls and measures against petrochemical spillages, effluents and harmful gases and a framework for relocation and resettlement of displaced villages, towns and households as well as the establishment of fair and equitable financial settlements and compensation schemes for displaced landowners, farmers and fishermen.

The group also called for the establishment of a generational benefit scheme for government-acquired farmlands, fishing and water bodies to be released to original landowners if project development is halted or suspended.

The PHDC must establish an informed development plan that seamlessly integrates the petroleum hub enclave with towns and villages without any comparative degradation of utility capacity.

Above all,”there is the need to set up and start a skills and technical manpower development programme for Nzema indigenes at least six years before completion of the second phase of the project.”