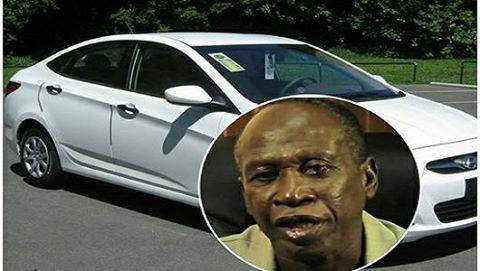 Ghana Football legend Reverend Osei Kofi is swimming in joy after receiving a brand new car gift from an unfamiliar donor-leader of the Glorious Waves Gospel Church, Prophet Emmanuel Badu Kobi.
Osei Kofi is a retired Ghanaian footballer who won two Africa Cup of Nations in 1963 and 1965, emerging as the joint top scorer in the latter. 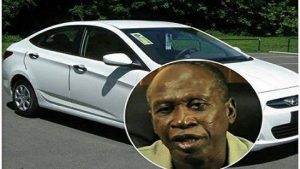 He played for Asante Kotoko and also represented Ghana at three consecutive Olympic Games in 1964, 1968 and 1972.
Kofi confirms the gift to Atinka FM “True I have received a brand new Hyundai Accent from Prophet Badu Kobi and it still feels like a dream”,

“I came into contact with him during the 50th anniversary celebration of Ghana’s 1965 AFCON triumph and he has received me like a father ever since”,
“”I used to walk to church but I was in church last Sunday, he called me in front, handed over the keys to me and I broke down in tears””,

“He didn’t say many words, he just told me a legend like myself shouldn’t be walking on foot to church”, He added.
Osei Kofi was called the ‘wizard dribbler’ because of his amazing ball dribbling skills
Apostle Badu Kobi is known for dashing cars and valuable gifts well-known personalities in Ghana. He recently handed over a car to former Asante Kotoko and Hearts of Oak striker Charles Taylor,who later turned a priest in the same church.