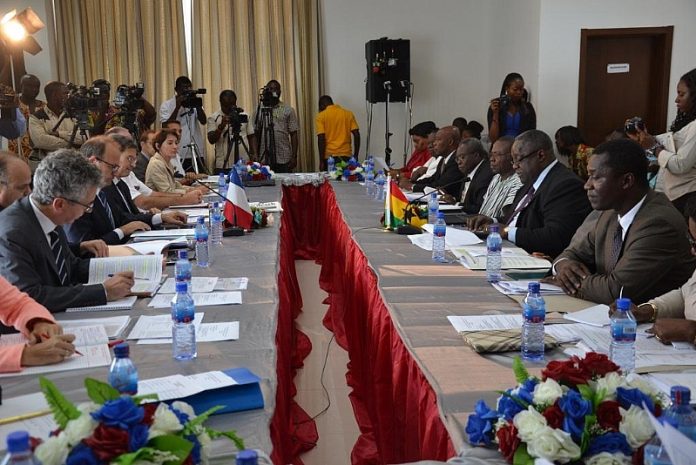 Ghana on Thursday hosted the fourth session of the Ghana-France political dialogue in Accra as both countries seek to further consolidate their partnership. 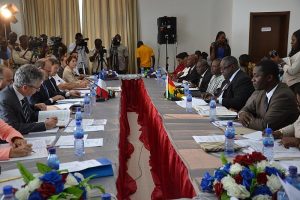 The dialogue, which built on the progress made at the third session held in Paris last year, focused on major regional and African issues, notably the situation in Mali, Central African Republic, and the Sahel.

It also seeks to focus on global issues related to the Sustainable Development Goals and the fight against climate change.

The Acting Chief Director of the Ministry of Foreign Affairs and Regional Integration, Edwin Adjei, said France had lived up to its commitment as a solid strategic partner of Ghana’s economic development.

He said the government would continue to take further bold steps to revamp the economy and implement partnership agreements to sustain the current enabling business environment, as outlined in the government’s economic programs and policies.

The Deputy Secretary-General at France’s Ministry of Foreign Affairs and International Development, Laurent Garnier, said France saw Ghana as a strategic partner in West Africa because of its economic position as well as for its political stability and vibrant democracy.

Ghana’s relations with France have been excellent over the years since the establishment of diplomatic relations between the two countries 60 years ago.

Currently, there are about 90 French-registered projects in Ghana in various sectors of the economy while trade volumes between both countries have grown over the years reaching 2 billion U.S. dollars.

The meeting is expected to provide an opportunity to review prospects for strengthening the bilateral relations, particularly, in the economic field and in terms of supporting Ghana’s development. Enditem