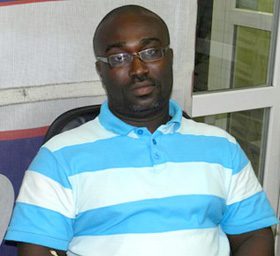 The Ghana National Gas Company (GNGC) says it should not be blamed for the delay in the completion of the Atuabo Gas infrastructure project in the Western region.

The company attributed the delay in the execution of the Ghana Gas Project to the lack of funds.

?The project, which commenced in the first quarter of 2012 and is now about two years three months old, has suffered a total loss of about 10 months of project time because of financial challenges which Ghana Gas had no control,? it said in a statement.

The company issued the statement, which was signed by Alfred Ogbamey, Corporate Communications Manager of the company in reaction to ACEP?s reports on its activities.

Ghana Gas said in September 2012, the EPCC Contractor, Sinopec, was demobilized for three months because of late payments.

?As a result of delayed payment, Sinopec was unable to pay some of its sub-contractors, including Thermo Design Engineering (TDE) of Canada, the company that fabricated the gas processing plant modules.

?The effect was that TDE could not pay for a purchase order that it had placed for some component equipment, lost its manufacturing slot and had to wait for another slot,? the company said.

It said that Micoperri, the sub-contractor installing the offshore pipeline system, demobilized from site in May 2013 as a result of delayed disbursement, and remobilized in December 2013 after it had received payment.

The company explained that such instances amounted to an additional loss of seven months of project time, adding that ?Similarly, TDE refused to ship the last components of equipment for the gas processing plant earlier enough for them to arrive in June 2013 because of delayed payment.?

Such equipment were later shipped after the arrears had been paid. It arrived in Ghana in August 2013 (loss of three months), Ghana Gas said.

?It is therefore unacceptable for Ghana Gas to be blamed for the delay the Project has suffered. Notwithstanding these challenges, we believe that we have still been able to keep with the aggressive schedule for a project of this magnitude?.

The company said it was emboldened by the decision to create a wholly-owned Ghanaian company instead of outsourcing our the country?s interest to foreign companies.

?Ghana Gas is continuing with the primary plan of the installation of a jetty and LPG pipeline as a long-term solution for NGLs evacuation, as we expect the additional gas infrastructure development in the near future, it noted.