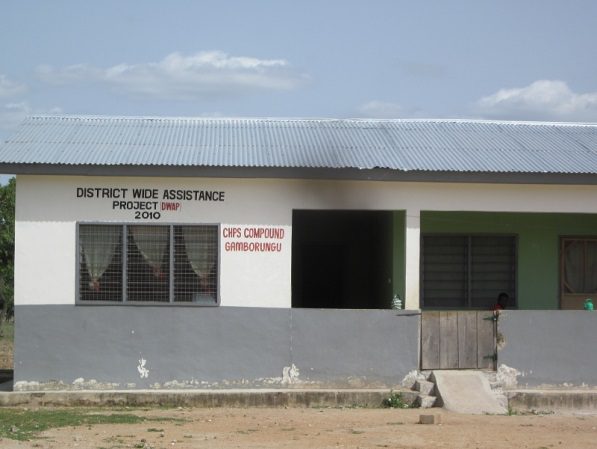 The Grant Agreement of the projects was signed in 2012 between Ministry of Health and Japan International Cooperation Agency (JICA) for the grant amount of 989 million Japanese Yen. Under the Agreement, 64 CHPS Compounds were developed and equipment was provided to 75 CHPS Compounds with the purpose to improve the geological access to the health facilities in region.

Speaking at the handing over ceremony, Mr. Yoshimura noted that government has promoted CHPS Compound as a national strategy, aimed to accelerate the attainment of Universal Health Coverage (UHC) and bridge the access inequity gap.

He said JICA through the project would contribute to accelerate the attainment of UHC by improving the geological access to the health facilities in Upper West Region.

The Ambassador stated that JICA and the people of Japan would like to ensure that the government of Ghana would make use of the newly constructed facilities and provided equipment to accelerate the attainment of UHC.

He said JICA was also honoured to be part of “this very important CHPS Policy” and promised to continue the support from its government to achieve the goal.

Alhaji Amidu Sulemana, Upper West Regional Minister, in his welcoming address, said the implementation of the CHPS Compounds continued to improve the health status of the people as well as played a major role in poverty reduction in the Region.

He acknowledged that the immense support from JICA had undoubtedly made the Upper West Region the leading region in CHPS rollout in Ghana.

He said the Region for the past years suffered from inadequate number s of critical health staff such as doctors, midwives and physician assistants to deliver the needed healthcare services but was happy that the situation had improved during the past four years.

“The doctor population ratio is currently one doctor is to 19,172 people as against one doctor to 49,079 people in 2011. The situation of other health professionals such as midwives, physician assistants and nurses also continued to improve”, he said.

Alhaji Sulemana said the construction of five polyclinics in the region had further improved access to health care including maternal and child health services.

“As a result of massive improvement in health infrastructure, health workforce, equipment and logistics, maternal and child health is improving in the region.

On meningitis, he said the Region experienced upsurge in meningitis cases to the point where three districts, namely Nadowli-Kaleo, Jirapa and Nandom crossed the epidemic threshold.

He, however, said with government and its development partners support, vaccines had been sent down and the targeted population vaccinated, to bring the disease under control.

Alhaji Sulemana announced that constructional works were ongoing on the New Regional Hospital and gave the assurance that by the end of September this year, it would be completed.