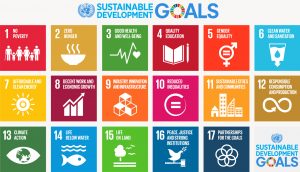 At the launch of a report at the end of the Ghana project late Thursday, Afia Zakiya, outgoing Country Director for WAG, noted that the project succeeded greatly because it was based on using the endogenous development, strength- based approach.

“This approach recognizes the culture and worldview of a people and their vision for development. In so doing, and when community leaders and the society are in agreement and fully transparent of what is happening, what they must do and be accountable for sustainability and resilience happens,” Zakiya stressed.

The project was financed by the Australian African Community Engagement Scheme (AACES) of the Australian government with the aim of helping African countries to improve upon their socio-economic development through WASH.

She stressed that the approach, which made the people take charge of the project, was what made it sustainable in line with the United Nations (UN) Sustainable Development Goals (SDGs).

While the SDGs have set 2030 for the achievements of the WASH targets, among other goals set after the end of the Millennium Development Goals (MDGs), Ghana’s own country program seeks to achieve universal WASH coverage by 2015.

Zakiya praised the project which cost 21 million Australian Dollars (15.1 million U.S Dollars) in Ghana, especially because it would alleviate the plight of rural women and children, adding that it was a model that should be adopted in all local communities.

“We are seeking universal WASH coverage in Ghana by 2025 and globally by 2030!. The kind support of the Australian government has given us a head start on reaching these goals,” Zakiya noted.

The Australian High Commissioner to Ghana, Andrew Barnes, congratulated the communities which had benefited from the project.

According to him, his country’s strategy in supporting developing countries is not only about Development Aid, for which reasons the Australian government has been offering scholarships to Ghanaians.

Representatives of the Akwapim-North Municipal Assembly; Shai Osudoku District Assembly, Ablekuma North Sub-Metro and Ga South Municipal Assembly were present to give testimony of the marked transformations their communities had experienced through the project.

They mentioned the easy access to potable water, highly improved environmental sanitation and hygiene services that their communities had seen through the construction of affordable household latrines and modern refuse disposal methods.

“WaterAid Ghana embraced the Endogenous Development Approach because it already exists. Communities are already drawing on their indigenous knowledge and culture. They are already living in ways that are informed by their cosmo-vision,” Chaka Uzondu, Program Lead and Head of Policy, Advocacy and Campaigns Department of WAG, pointed out. Enditem.