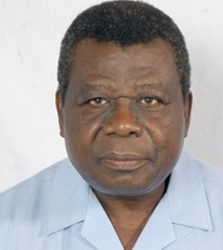 A former Deputy Governor of Bank of Ghana, Emmanuel Aseidu ? Mante says the level of government borrowing from the domestic market is unacceptable. According to the former deputy BOG boss the government was competing with banks and other financial institutions to borrow from the domestic market, making it unattractive for them to efficiently go about their lending, intermediation and credit creation functions. ?We are operating a very difficult Macro Economic environment and the government statistician has just announced the rate of inflation which is now at 17%, interest rates are very high and that is because government is competing with the private sector in borrowing.?

The bank of Ghana in its Issuance Calendar for Government of Ghana Securities for the period January 1 – June 30, 2015, government intends borrow about 25.4 billion cedis, which is over 100 percent more than what it raised in the same period last year. Speaking to Citi Business News at the sidelines of the grand opening of Alsale Services Ltd corporate offices in Accra, the Former Deputy Governor of Bank of Ghana Emmanuel Aseidu ? Mante said governments cannot continue to borrow to undertake development financing, this must come from taxes.

?With the huge Treasury Bill Rate, interest rates are high makes it very difficult for businesses to operate. In my opinion government should cut down on expenditure if it?s want to stabilized the micro environment because it?s no different for individuals who borrow and they would have to pay not only the principal but its comes with interest as well.?

The former Deputy Governor was worried about the fact that the excessive borrowing habit of government from the domestic market which makes it difficult for the private sector to thrive.
?So over the pass years government has been borrowing to bridge the gap between its expenditure and its income and if that is creating problems what government should do immediately is to cut down on expenditure, so its spends within it tax revenue and that will have the effect of stabilizing the macroeconomic environment.?
Meanwhile the Managing Director of Alsale Services Limited Ahmed Adade Boakye called on government to as a matter of urgency do something about the ongoing load shedding exercise since that was contributing to the collapse of SME?s.

?We as SME?s, our operational cost keep going up by day due to the load shedding exercise, something needs to be done because most SME?s are closing down which will increase the already high unemployment rate in the country.?
Alsale which is ten years is an IT oriented solutions company specializing in money counting machines, cash processing systems for money processing challenges through the application of the state of the art Technology to meet the needs of financial Services Providers.