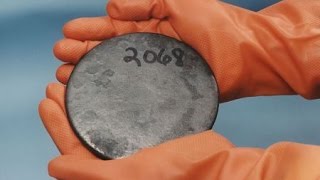 As the Minority in Parliament is questioning the decision by government to hand over to China, the country’s highly-enriched uranium, the government has said, partnership with China is a win-win approach.

The Vice President, Dr Mahmudu Bawumia has said, “We want the Chinese government to encourage businessmen in China to come and set up businesses in Ghana and also make the climate conducive in China for Ghanaian businesses”.

The Minority in a statement signed by Samuel Okudzeto Ablakwa (MP) Ranking Member, Committee on Foreign Affairs said, their demand is in line with transparency and good governance ethics required of every government.

The statement said: ‘’ The Minority in Parliament is therefore requesting that the Government of Ghana submits to Parliament the full details and true nature of the agreement with the Chinese and the Americans who appear to have funded the operation.

While reminding Government of its obligations to several other agreements yet to be ratified by Parliament, the Minority shall be pursuing this very important development in the spirit of transparency and good governance consistent with the view taken by the apex court of the land.’’

But, Dr Bawumia within last week reiterated government’s commitment to the strengthening of bilateral relations with the People’s Republic of China.

He made this known when the Chinese Vice Minister for Commerce, Mr. Qiam Keming, paid a courtesy call on him at the Flagstaff House.

The Vice President in June this year, led a delegation of government officials to China in a quest to deepen diplomatic and economic ties, as well as create opportunities for Ghanaian businesses to form partnerships between the two countries.

Government is seeking to leverage Ghana’s natural resources, specifically bauxite, through its recent partnership with China to commit about $19 billion to Ghana’s economy.

Dr. Bawumia disclosed that the government sees several opportunities to cooperate with her partners in areas like agriculture, infrastructure, trade and even culture.

The Vice President underscored the importance of prioritising projects in Ghana to meet pressing demands, with employment creation projects topmost on the list. “We have to prioritise what we do.

The ‘One District One Factory’, ‘One Village One Dam,’ road construction and agriculture products processing are very important for this government and so we will appreciate it if Chinese experts will partner with us to see them realised” Dr Bawumia indicated.

Below is the statement of the Minority’s Statement on the handing over of Ghana’s Highly-Enriched Uranium to China President Akufo-Addo revealed during his address to the United Nations 72nd General Assembly on Thursday the 21st of September, 2017 that:

“Three weeks ago, highly-enriched uranium was flown out of Ghana back to China, signaling the end of the removal of all such material from the country. Our nuclear reactor has, subsequently, been converted to use low-enriched fuel for power generation.

A world, free of nuclear weapons, must be in all our collective interest.” Considering the recent Supreme Court decision in the GITMO 2 case when interpreting Article 75 of the Constitution of Ghana, it is clear that this arrangement which has been shrouded in utmost secrecy ought to have received Parliamentary ratification at the very least before handing over our highly-enriched uranium to the Chinese if that is the path we consider to be in our strategic national interest.

The Minority in Parliament is, therefore, requesting that the Government of Ghana submits to Parliament the full details and true nature of the agreement with the Chinese and the Americans who appear to have funded the operation.

While reminding Government of its obligations to several other agreements yet to be ratified by Parliament, the Minority shall be pursuing this very important development in the spirit of transparency and good governance consistent with the view taken by the apex court of the land.

But, during the visit, Mr. Qiam Keming on his part said, he is in Ghana to follow up on Dr. Bawumia’s recent visit to China during which discussions on bilateral trade were held. He emphasised that the two countries intend to complement and strengthen further their industrial and agriculture cooperation to add value to agricultural products, especially cocoa.

“China seeks to strike a balance between short and long term developments and is focused on prioritised projects. Ghana is a fast developing country and we are ready to partner with you in global development”.

In the meantime, a Chinese team is undertaking feasibility studies on a number of projects including a medical facility, 13 bridge projects in Western region, Daboya and Nagone in the Northern region, he disclosed. China is also partnering Ghana to provide human capacity building training in Ghana.

This is to develop human resources and equip them with the requisite skills to stay abreast with contemporary trends in development. Present at the meeting were H.E. Mdm. Sun Baohong, China’s Ambassador to Ghana; H.E Mr. Edward Boateng, Ghana’s Ambassador to China and other government officials.