The industry revitalization policy being introduced by government of Ghana aims to create at least 350,000 direct and indirect jobs when completed, Minister for Finance, Kenneth Ofori-Atta disclosed here on Thursday. 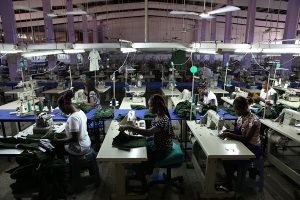 The program which is aimed at sitting one medium to large scale factory in each of the 216 administrative districts in the country will be driven mainly by the private sector.

“It is against this background that a National Industrial Revitalization Program with a stimulus package for industry will be established to provide technical and financial support to existing companies,” the minister announced.

This package, according to him, will be available for companies that “are currently distressed or are facing operational challenges, but are deemed to be viable to benefit from the stimulus package which will put them in operation in the shortest possible time.”

The minister explained that the “One District, One Factory” whose implementation will commence this year, is designed as a comprehensive program for rural industrialization.

The program, he said is aimed at creating massive youth employment, especially in rural and peri-urban communities, add value to the natural resources of each district, ensure even and spatial spread of industries to stimulate economic activity in different parts of the country.

The program is also expected to enhance the production of local substitutes for imported goods, and promote exports and increase foreign exchange earnings.

It has the potential of transforming the industrial landscape of Ghana, and will contribute significantly to the socio-economic development agenda of the country,” Ofori-Atta stated.

To compliment this initiative, is the national agriculture policy dubbed “Planting for food and jobs” to be launched by the president in April.

“It is expected to increase the production of maize by 30 percent from current production levels, rice by 49 percent, soya bean by 25 percent and sorghum by 28 percent. This will create 750,000 jobs in both direct and indirect employment,” he added. Enditem