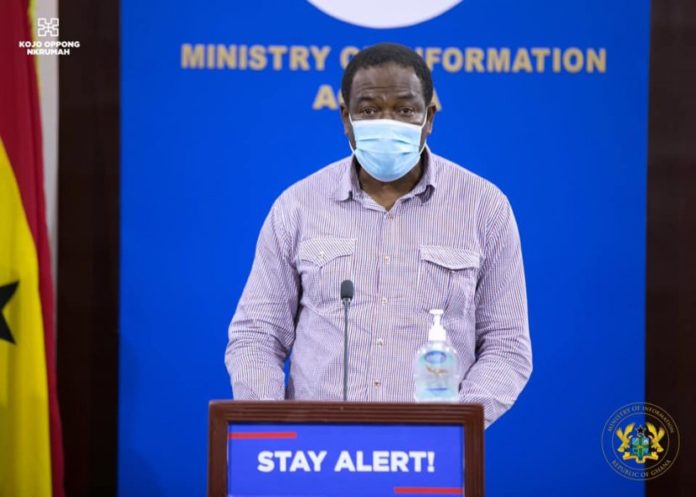 Mr Samuel Kofi Dzamesi, the , has announced that religious institutions that flout the laid down protocols announced President Akufo-Addo to ease restrictions on social gatherings will be closed down.

He said the leaders in-charge would equally be held liable, adding that the District Assemblies and monitoring teams would monitor and ensure compliance with the directives.

President Akufo-Addo in his 10th update to the Nation on COVID-19, announced that he had eased the restrictions on some public and social gatherings.

Religious activities were thus to begin on Friday, June 5, with Muslims worshipping at the mosques, and Adventists and Christians following on Saturday Sunday, respectively.

Mr Dzamesi at a press briefing in Accra,on Monday, outlined the guidelines to back the easing restrictions for in person Christian and Muslim services.

As part of the guidelines, every church or religious body is to registered with the Registrar General’s Department and with the respective Municipal, Metropolitan or District Assembly.

The religious bodies are expected to observe preventive protocols, including providing thermometer guns or thermal scanners to check the temperature of congregants at entry points of all venues, ensure a ‘No mask: No entry’ Policy, provide adequate waste management facilities and toilet facilities for use by members.

They are to ensure regular cleaning and disinfection of frequently used communal places like toilet surfaces and frequently touched surfaces such as doorknobs or handles, preferably every one – two hours depending on the rate of utilisation.

The religious bodies are to designate a holding room or area where a person who becomes sick at the premises can be isolated from others while making arrangements for evacuation.

They are to ensure that every member of the Church is s registered with their details, including names, phone numbers, manually or digitally, adding that digital registration can be done on GH COVID-19 APP or the PANABIOS App, which can be downloaded at no cost.

Mr Dzamesi said the Ministry of Chieftaincy and Religious Affairs, Local Government, in collaboration with Ghana Health Service officials, would undertake enforcement responsibilities of the directives and
where necessary, the state security services would be involved.

He said these Ministries and agencies would continue to monitor and evaluate key indicators to establish the transmission levels of the virus.

The approach, according to the Minister, would include benchmarking and rapid learning to inform decision making and tactical adaptations to the overall strategy and hotspot specifics.

On contingency arrangements, Mr Dzamesi said if there was an unexpected outburst in infections within a public event or community, the government had put health workers and the security services, including the Police Service and the Armed Forces, on standby to coordinate a rapid response of human resource and logistics, and if necessary, impose a curfew, trace, test, and treat infected persons in the affected community.

The Reverend Professor Frimpong Manson, President of the Ghana Pentecostal and Charismatic Council (GPCC), urged the churches to comply with the directives.

He said no Christian leader would intercede for any deviant pastor as the measures were in the common interest of all citizens.

Rev. Dr Paul Boafo, Chairman of the Christian Council, said a lot of engagement and preparation preceded the lifting of the ban.

He appealed to the Government to let the ecumenical bodies handle the registration of the churches with their district assemblies to prevent confusion.