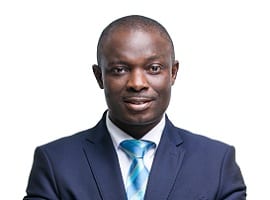 It was also going to use financial instruments with lower interest rates to retire expensive debts, while closely scrutinizing all contracts before signing them.

Mr. Kwarteng, who is also the Member of Parliament (MP) for Obuasi West, was contributing to the debate to approve the 2020 Budget Statement and Financial Policy on the floor of House.

“We will improve the fundamentals to incur debts at lower interest rates as a way of retiring the debts we met in the books.”

He added that to generate more revenue, they would reform the revenue mobilisation institutions, including the Ghana Revenue Authority and non-tax revenue.

The revenue mobilisation bodies would be automated and there would be the tightening of compliance so that every revenue earner would pay the rightful taxes.

The Deputy Minister said it was important to ensure that the take or pay contracts were stopped.

He suggested a relook at some of the take or pay contracts to see if they had not caused financial loss to the state.
Mr. Kwarteng announced that the government had put aside some money to procure fuel to power the nation’s power generation plants and that had in a way solved the nation’s power crisis.

He said he was amazed by the opposition National Democratic Congress (NDC) assertion that it did a better job with the economy when the growth of 14 per cent it inherited, even with oil, had declined to 3.4 per cent by 2016.

The Deputy Finance Minister said by 2018, the economy was growing at 6.3 per cent and asked why the NDC should doubt the performance of the governing New Patriotic Party (NPP).

He said the Akufo-Addo Administration would be remembered for taking the country out of the International Monetary Fund (IMF) support, restoring the Nursing and Teacher Trainees Allowances and for stopping dubious take or pay contracts signed under the previous administration.

Mr. Kwarteng said the improved fundamentals were signal for investors to decide in investing in Ghana.
Mr. Isaac Adongo, MP for Bolgatanga Central and Member of the Finance Committee of Parliament, accused the government of collapsing a total 437 financial institutions, saying the banking sector had been challenged with liquidity.

“Is it not surprising that the banks are illiquid, yet we are saying we are putting money in people’s pockets?
“Government ought to do something about the banking crisis,” Mr Adongo said.