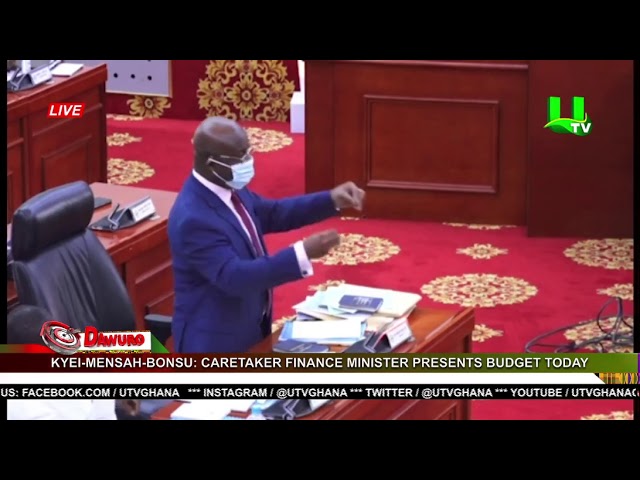 Government will in the medium-term implement measures to mitigate the impact of the COVID-19 pandemic on lives and livelihoods and to return the economy to strong and sustainable growth.

The government will also continue to build strong macroeconomic fundamentals, sustain investments in productive infrastructure, and develop a competitive world-class human capital base.

It will also promote an efficient well-capitalised financial sector and build a competitive business environment anchored on scientific and technological innovation for rapid growth.

Mr Osei Kyei-Mensah-Bonsu, Minister for Parliamentary Affairs, said this when he presented the 2021 Budget statement to Parliament on Friday, March 12, 2021.

He said the government would pursue a robust social protection system that guaranteed an acceptable standard of living for all consistent with the Vision of the Ghana Beyond Aid and the President’s Coordinated Programme.

The budget was on the theme: “Consolidation, Completion and Continuation.”

Mr Kyei-Mensah-Bonsu, who read the budget statement as caretaker Minister of Finance, said the broad macroeconomic objectives to support the government’s vision and development goals in the medium-term were restored and sustained macroeconomic stability anchored on fiscal discipline.

He said it was also to return to within the fiscal responsibility threshold of five per cent fiscal deficit and a positive primary balance by 2024.

There will also be reforms to increase revenue mobilization and the efficiency of public expenditures; revitalize and transform the economy through the implementation of the Ghana COVID-19 Alleviation Revitalisation and Enterprise Support Programme (CARES).

“We will build a robust financial sector to support growth and development, provide a supportive private sector environment for entrepreneurship, domestic businesses and Foreign Direct Investment (FDI) to thrive; deepen structural reforms to make the machinery of government work more efficiently and effectively to support socio-economic transformation; and implement reforms to increase revenue mobilization and the efficiency of public expenditures,” he added.

The Minister said guided by the broad medium-term policy objectives, the following macroeconomic targets were set for the (2021-2024) medium-term: overall Real GDP growth to average 5.0 per cent; non-oil real GDP to grow at an average of 4.9 per cent and inflation to be within the target band of 8±2 per cent; overall fiscal balance.

He said it would be a primary balance to return to the Fiscal Responsibility Act threshold of fiscal deficit of five per cent of GDP and a positive primary balance by 2024 and Gross International Reserves to cover at least 4.0 months of imports.

He said in terms of sectoral growth, the Agriculture Sector was expected to grow at 4.0 per cent, the Industry Sector at 4.8 per cent, and the Services Sector at 5.6 per cent.

Mr Kyei-Mensah-Bonsu said the monetary policy in 2021 and the medium-term would continue to hinge on sustaining price stability to firmly anchor inflation expectations and create conditions favourable to growth.

Specifically, he said the policy would aim at steering inflation back within the medium-term target of 8±2 per cent and in particular, broad money supply (M2+) growth was projected to moderate in 2021, in line with inflation.

He said the thrust of external sector policy would focus on building external buffers, enough to cover at least four months of imports of goods and services to cushion the economy against adverse external shocks.

The Minister said that would be supported by expected improvements in the trade balance and the current account balance, backed by increased remittance inflows, improved portfolio inflows, and favourable access to the international capital market.