President John Dramani Mahama, on Saturday announced that 73 out of the proposed 200 Senior High Day Schools, have reached different stages of construction,while others are on course. 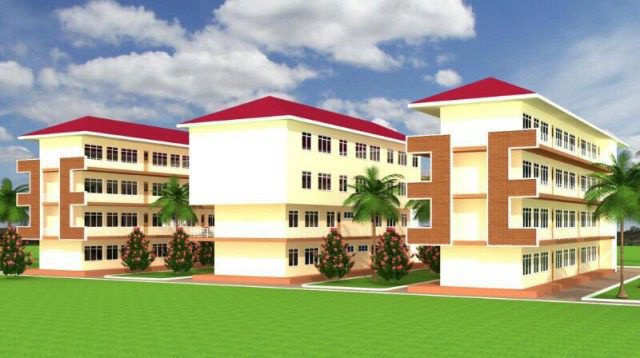 He said government’s commitment of one-third of its annual budget to education was a testimony that it remained paramount in the socio-economic development of the country.

President Mahama said this when he addressed staff and students of the Bagabaga Education College, during their 70th Anniversary celebration and Fourth Graduation ceremony in Tamale.

The school, which was established in 1944, has trained a lot of teachers including; late President Hilla Limann, Professor John Nabila, and late Mr A.A Mahama, father of President Mahama.

In all, 866 students graduated with 94 with Diploma sandwich top- up, with the rest as three- year diploma graduands.

President Mahama said education colleges,which had over the years trained many teachers in society, remained the bedrock of education, and urged teachers to put up their best to justify government’s investment in the sector.

“It is not enough to be brilliant teachers, but the knowledge you impart to the students that you teach to become useful future citizens.”

He commended the Bagabaga Education College for producing many luminaries that were serving the country in many capacities, and gave the assurance that he would refer their request of an auditorium to GETFund to construct it for them.

Professor John S.Nabila, Chairman of the occasion, called on the students not to rely on their diploma certificates alone, but to strive high to gain higher qualifications that would earn them enviable positions in the country and beyond.

He also appealed to the alumni of the school, to support to put up more facilities to enhance teaching and learning.

Alhaji Adam Zakaria, Principal of the College, appealed to government to provide them with a multi-purpose auditorium that would facilitate their activities.

During his 2012 campaign to Ghanaians, President Mahama promised to construct 200 new Day Senior High Schools in deprived communities throughout the country.

Subsequently, he cut the sod for commencement of work on initial 50 schools in the Eastern Region.