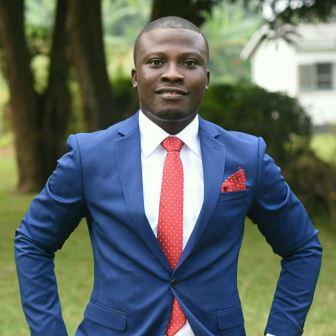 The National Union of Ghana Students (NUGS) has called on the Government to speedily resolve challenges facing the implementation of the Free Senior High School (SHS) Policy.

In a resolution passed at its 51st Annual Delegates Congress, which ended Wednesday, November 22, the student body commended the Government for the initiative whilst warning of a possible failure of the Policy if the challenges emerging were not tackled.

With admissions soaring in SHSs resulting in infrastructure and funding challenges, NUGS said it was time government paid more attention to those issues as they had the potential to undermine an otherwise beneficial initiative.

Mr Akwasi Agyemang, the Outgoing General Secretary, in statement issued to the Ghana News Agency, said: “As a student body we are always excited at any initiative that will lessen the financial burden on students and parents in extension. And so we were one of the first to commend the Government for the political will to roll out this initiative.

“But increasingly, we are getting worried as we hear of widespread infrastructural and funding challenges, which are impacting negatively on teaching and learning in our high schools.

“We are aware that government has released only 20 per cent of the budgetary allocation so far. That is woefully inadequate and we are calling on government to, as a matter of urgency, release full funding to school heads and also put in place long term measures to address issues of infrastructure deficit in our high schools”.

During the Congress, Mr Frank Amoakohene, a student of the University of Ghana Medical School, was elected the NUGS President, while Emmanuel Kabu Nartey, a Student Journalist, was elected the General Secretary.

Speaking to the media after the election, Mr Amoakohene expressed delight at the confidence reposed in him and promised to work hard to deliver on the mandate as the President.

He cautioned political party activists whose actions brought division to the Union to stop the practice.

“I am very excited to have received such an overwhelming endorsement from delegates across the country. In partnership with stakeholders and of course my colleague National Executive, we are going to roll out a number of initiatives intended to give NUGS a new identity and make it relevant to the promotion of quality and affordable education in Ghana in the coming year.

“We have the strongest resolve to carry through every single promise we have made in this journey and we promise to serve you diligently. Let me also use this opportunity to send a strong signal to our political parties who think that dividing the students of Ghana along partisan lines is the only contribution they want to make to the student struggle.

We do not have NPP students or NDC students. We only have Ghanaian students and we shall resist every attempt to destroy our ranks with party politics,” he said.

The National Union of Ghana Students, the umbrella body for all student unions in Ghana, was established in the 1960s to champion the cause of students and serve as a vehicle to mobilise the youth for national development.
GNA/Newsghana.com.gh