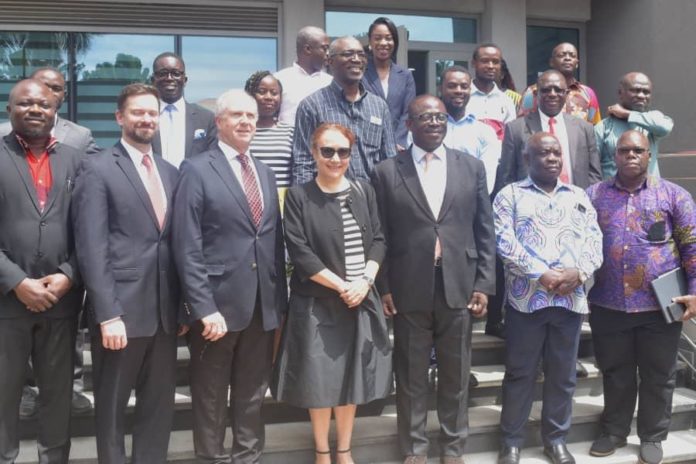 The follow-up INIR Mission, precedes the submission of the country’s Nuclear Programme Comprehensive Report to Cabinet, to inform government’s direction in making a knowledgeable commitment towards its Nuclear Power Programme.

Professor Benjamin Jabez B. Nyarko, the Director-General of the Ghana Atomic Energy Commission (GAEC), said the follow-up mission would end a four-step process of peer review of the 19 infrastructure issues required by the IAEA to effectively operate a civil Nuclear Power Programme (NPP).

The main Phase One INIR Mission, he said, was conducted in January 2017 upon Ghana’s request, where the team of IAEA experts based on the work done regarding the 19 infrastructure issues, gave 12 recommendations, eight suggestions and three good practices.

Prof Nyarko said NPPs require a serious and long-term commitment that goes through to the plant decommissioning; and getting it right from the start was very crucial.

Mr William Owuraku Aidoo, the Deputy Minister of Energy and Chairman of the Ghana Nuclear Power Programme Organisation (GNPPO), said the country has come a long way in addressing all the identified gaps in the 19 infrastructure issues following recommendations from the first INIR Mission report received in 2017.

He said the introduction of a nuclear power in every country requires careful planning and that a wide range of issues including safety, waste management, funding, public education and development of the requisite human resources have to be addressed.

Government, he said, continues to strengthen and build the capacity for the Nuclear Regulatory Authority (NRA), while establishing the Nuclear Power Ghana (NPG) Limited in accordance with the recommendations of the IAEA.
Mr Aidoo said the NPG is being resourced to become a strategic national asset to own and operate nuclear power plants in the country in the near future.

Energy remains a dominant force in driving socio-economic developments in all world economies, and that the goal of the government to eradicate poverty and attain sustainable development, could not be fully realized without acknowledging and confronting this fact, he said.

“Nuclear power is expected to play a key role in fulfilling the aims and objectives of the country’s development plan,” and aside the capability of generating high capacity base load electricity to drive industries and move the economy forward, it has the added advantage of having relatively low environmental impacts, he said.

“It has zero greenhouse gas emissions at the plant operation level,” he said, adding that although Ghana, like other African countries was least responsible for climate change, it is vulnerable to its effects leading to reduced agricultural production, worsening food security, increased incidence of flooding and drought.

Mr Aidoo expressed the hope that the deliberations with the follow-up INIR Mission team would provide useful and practical means for the country to commence the implementation of the second phase of a successful nuclear power programme.

Mr Theophilus Nii Okai, the Executive Director of the Nuclear Power Ghana, said the country is expected to officially enter phase two of its nuclear power programme by the end of 2019.

He said the NPG would take responsibility for all the ‘Owner and Operator’ activities for the phase two and beyond which include the implementation of the stakeholder plan, engagement of potential vendors for discussions and negotiation, managing site activities.

Dr Seth Debrah, the Acting Director, Nuclear Power Institute, said the Ghana Nuclear Power Programme is being spearheaded by the GNPPO which has its technical arm as the NPI.

He said many of the recommendations and suggestions have been addressed and the country is preparing a Programme Comprehensive Report, upon which government would make a knowledgeable commitment to the development of nuclear power in the country.

Mr Anthony Stott, the Follow-up team leader, IAEA, expressed satisfaction at the progress of work adding that the INIR Mission would not make further recommendations.