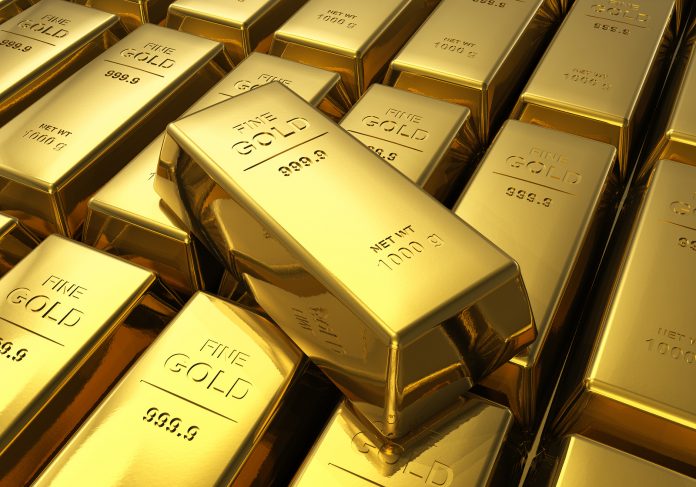 Mr. Kwame Addo-Kufuor, has handed over the Presidential mantle of the Ghana Chamber of Mines (GCM) to Mr. Eric Asubonteng as the new President.

Mr. Kwame Addo-Kufuor, in his speech at a shot handing over ceremony at the Ghana Chamber of Mines’ 90th Annual General Meeting dubbed “A Responsible & Sustainable Mining Industry; A Partner for National Development” at the Accra International Conference Center on Friday, June 1, 2018, said, the Chamber has been able maintain its working relationship with stakeholders in both the public and the private sector, and as well as engaged key officials of government to lend support to the execution of their policies which sorts to advocate for responsible and sustainable mining in the country.

He intimated that, Ghana is Africa’s second largest producer of gold after south Africa. Explaining that, mining companies that are currently operating in the country produced 2.81m ounces of gold, last year, which represents 11% increase over the 2016 figure of 2.54m ounces. However, the total revenue of the companies went up to US$3.68m, which indicates a 13% increment.
Meanwhile, during the Ghana Revenue Authority (GRA) sector’s fiscal receipts mobilization period in the previous year, showed a total of GH¢1.65b as compared to the current GH¢2.16b, represents an increase of 31%. This he said shows that, the mining sector is positioned as the foremost source of direct domestic revenue to the Ghana Revenue Authority (GRA).

Mr. Kwame Addo-Kufuor, therefore called on local entrepreneurs to up their participation in the value chain since companies in the sector spent US$1.23b on goods and services from suppliers and manufacturers, which represented 34% of mineral revenue realized for the year.

Mr. Eric Asubonteng, General Manager and Managing Director of AngloGold Ashanti (Ghana) Ltd, in his remarks as the new GCM President said, “I’m proud to be associated with the Chamber that has over the years accomplished several strides in leveraging the country’s minerals endowment and activities of member companies to harness the evolution of the economy from one dependent on external gratuities and policies to a self-reliant and resilient one.”

Nonetheless, he said there was a lot more to be done as far as the institution continues to explore best ways to partner with host the governments and stakeholders in promoting the industry that will benefits all stakeholders in a balanced and sustainable manner.

“It is for this reason that I accept this position with all humility, to continue on the trajectory of progressing the industry after nine decades. I would like to assure membership of the Chamber that, we will Marshall all efforts, skills and resources to make certain that the Chamber and hence the industry continues to play a key role as a partner in propelling the nation to where it ought to stand within the global economy,” the new President of GCM assured.

He however, urged government to deepen the collaborations between the Inspectorate Division of the Minerals Commission and the Environmental Protection Agency with respect to the monitoring of operations of member companies in the country.

“I’m hopeful that, the constructive relationship between this two regulators will bring significant relief to our members and improve productivity and efficiency,” Mr. Asubonteng expressed.

Deputy Minister for Lands and Natural Resources, Barbara Oteng-Gyasi, in delivering a speech on behalf of the sector Minister, John Peter Amewu, said, the Multi-Sectoral Mining Integrated Project (MMIP) will be launched in the next few weeks, and expects that the Chamber will continue to support the Project into its successful implementation.

According to her, “A Responsible And Sustainable Mining Industry; A Partner For National Development’’ “Is situated within government agenda to collaborate with stakeholders to ensure that mining contributes to the sustainable development of our people along with preserving the environment, whilst maximising the benefits. As an industry association which is 90 years old and counting, it is crucial that your vision should be underpinning sustainable business growth that is internally driven by local content and linkages development.

As a Ministry, we would continue to partner with the Chamber to explore opportunities in the industry as well as promote linkages across the supply chain and synergies with the rest of the local economy.”

“This government is a business friendly government and has the interest of the private sector at the core of its vision and thereby catalyse holistic growth and development. We will continue to dialogue with the Chambers to find win-win solutions to the problems faced in the industry,” Sha assured.

Meanwhile, Barbara Oteng-Gyasi, said, the campaign against activities of illegal mining has the support of the government. This is because, government has developed a roadmap towards the lifting of the ban on small scale mining including measures to curb the situation if not to eliminate it entirely.