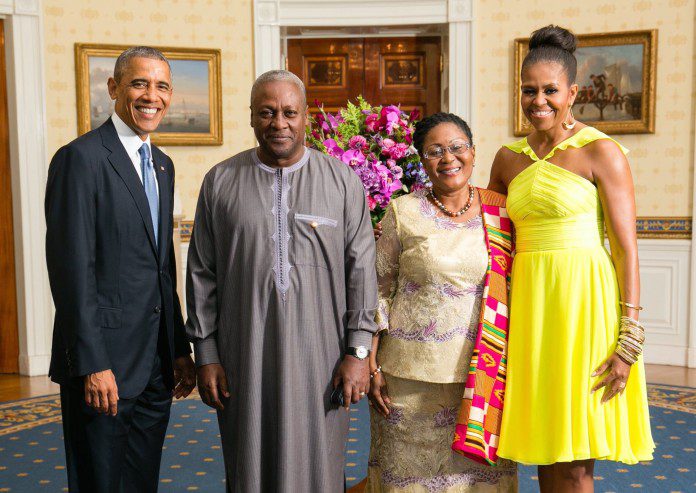 An international law expert, Kwame Gyan, has rejected the assertion by President John Dramani Mahama to the effect that Ghana is an ally of the United States of America.

President Mahama in a special chat with the Ghanaian media two weeks ago described Ghana as an ally of the United States hence it was proper for his government to accept two ex-Guantanamo Bay detainees in the Ghana.

But Mr Gyan who is a senior law lecturer at the University of Ghana says the assertion by the President cannot be the case, saying, “I don’t think the USA if they are to list their allies with lists Ghana as their ally. I don’t think so”.

He said the president “was using ally probably in the loose sense of the word, ally as a friend” and that at best, Ghana can be described as a friend of the United States.

Speaking on the legal implications of Ghana’s decision allow the two ex-detainees to be resettled in Ghana on TV3’s Hot Issues Saturday, Mr Gyan said the President used the word ally not as in international politics

“…. because I don’t think America, when they are sleeping and they wake up from their sleep, would say that we Ghana, are their allies. Ally is a serious word. Maybe we are their friends and they have been having compassion on us in our trials and tribulations” he explained.

He said the Americans run their foreign policy in a way that many people do not know.

He described the Guantanamo Bay detention centre in Cuba as an interesting situation, noting “at the time Guantanamo emerged, there was widespread support at home because it appeared that that was going to be the way of dealing with threats in America.

He said it was subsequently realised by many Americans that keeping the people there was not going to remove threats to the USA, hence domestic support was galvanised to compliment international support to get rid of the detention centre.

Although America prides itself of its human rights, he said, “the blemish of Guantanamo detention is a blot on America and I’m not surprised that they are trying to wipe it off while Obama is still there”

“They’ve been embarrassed previously and continue to be embarrassed by Guantanamo and its aftermath but what is their battle now is, how do you quickly do it and run,” he noted.

Touching on what might have influenced Ghana to accept the two detainees, he said: “We are compassionate. We are in a country that is holier than the pope They [Americans] are looking at their national security, we are looking at compassion”.