From poor education and decrepit health facilities to decaying infrastructure and back-looking economy, the nation is being bogged down by burden of non- creative and phlegmatic leadership. Our schools are in total shambles, security situation is remorseful, and the rate of unemployment on the increase to the extent that we have Unemployed Graduates Association in recent past, while the Political space has been conscripted.

Apart from the above mentioned challenges, the debt burden hanging on the neck of government has also assumed a debilitating proportion to the extent that we are heading towards HIPIC the fruits of playing propaganda with the state of the economy. Today majority of Ghanaians find it hard to believe what we are seeing, the serial killing of Civil Servants, Civilians, suicides, kidnapping and Car snatching on our highways and armed robbery had gain priority in the ?sector? of our economy.

While computer theft is on the increase and today you will marvel to see young children between the ages of 11-14years are deceiving innocent people for survival. All the above mentioned economic disincentives and investment repellents have taken away the shine from government business and Mother Ghana is dripping away in the fullness of? time like an awkwardly over aged adult striving to walk straight.

While majority of Ghanaians believe that with the revenue being generated from the crude oil should impact on the lives of the citizens, government agents and agencies in the oil industry are only cornering the resources for the benefit of few. Ghana today does not look like an Oil producing country.

Despite the enormous resources generated from the oil sector; Ghana had nothing significant to show for it making our Oil a CURSE from God rather than a blessing. If I may ask, will they sit down for people to mismanage their own business companies the way they are mismanaging our country?s natural resources?

If the revenues derived from the Oil proceed is insignificant to make the standard of Ghanaian citizens? better, then why are government officials building Filling Stations the most common thing the country can boast of nowadays. 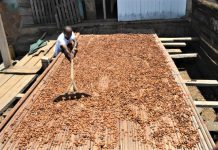 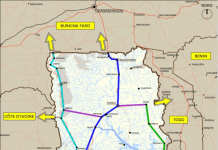