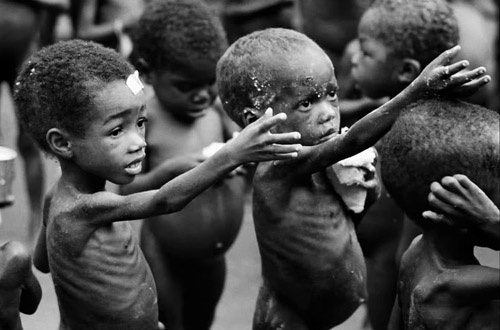 Ghana is likely to face food shortage and hunger in the last quarter of 2022 and 2023, if government does not global warning on looming food crisis, the Northern Development and Democratic Institute, NDDI has said.

The Tamale-based premier liberal public policy think-tank revealed that the monstrous effects of COVID -19 on the global food supply chain and the entire global agriculture production targets were not waned.

A Press release signed by Mr Mustapha Sanah, Executive Chairman of NDDI said the Russia-Ukraine war would adversely compound the food security challenges around the world especially in countries within the Sub-Sahara Africa, due to shortages in natural gas and fertilizer supplies.

The think-tank said the Institute had conducted a snap pre-planting season assessment in 11 well known agricultural-advantaged Districts in Northern Ghana between 25th April and May 12th, 2022 which showed acute shortage of fertilizer for smallholder farmers in Northern Ghana.

In some instances, fertilizer companies are selling at higher prices outside the reach of smallholders citing lack of government’s interest in paying their previous supplies.

Mr. Sanah warned government and the Ministry of Agriculture to re-assess the nation’s food security strategy and heed to global caution to invest more in agriculture especially fertilizer.

The world leaders, World Bank, IMF, WFP and WTO, warned that ‘’the rise in food prices is exacerbated by a dramatic increase in the cost of natural gas, a key ingredient of nitrogenous fertilizer.

Surging fertilizer prices along with significant cuts in global supplies have important implications for food production in most countries, including major producers and exporters, who rely heavily on fertilizer imports.

The increase in food prices and supply shocks can fuel social tensions in many of the affected countries, especially those that are already fragile or affected by conflicts.

The study also noticed the reluctance of local agriculture department’s officials’ readiness to speak to researchers on the current situation’’.

The release emphasised the need for the government to consolidate its flagship Planting for Food and Jobs programme by making efforts to ensure availability of fertilizer to all farmers.

According to the release: “The Ministry of Agriculture and the government should delay no further in making payment to importers and fertilizer companies to ensure availability of subsidized fertilizer in the market. This preventive measure will ultimately mitigate the crisis when food shortages arise.”

The release urged the international community and the country’s development partners to support the government of Ghana to pay fertilizer companies monies owed them by government to pave way for new supplies into the market.

“We call on the international community especially the World Bank, IMF, WFP and WTO, EU and UN agencies and all our development partners to hasten steps to support the government of Ghana to provide fertilizer to smallholder farmers in Ghana.”

No Food Shortage In The Country – Deputy Agric Minister