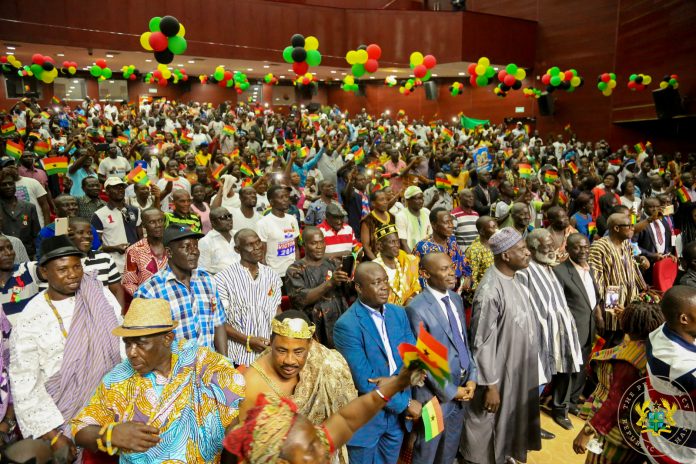 “Liberia is a unitary sovereign state divided into counties for administrative purposes. The form of government is Republican with three separate coordinate branches: the legislative, the Executive and Judiciary.

Democracy is a culture like most of the traditional cultures we have in Ghana with their specific principles that makes them unique and well defined. These cultures possess their formula of performing rites. Deviation from performing the desired rite as is ascribes vitiates normalcy of the rite and it could be translated to mean something other than the required rite.

In the absence of consistency with the performing act of a prescribed “rite” to the extent of its being inconsistent, makes it void and attrition to the “rite” within the concept of the cultural intake.

Cultural practitioners at various Ghanaian cultural centres flamboyantly perform cultural acts on stages without them belonging to any of the tribes or ethnic society for which tradition they perform its culture and so is the practice of democracy and practitioners of democracy. So if the decision of the people of Ghana is to practice democracy as a system, we must rethink the Constitution 1992 and the democratic principles enshrined under it especially the legitimacy of coalescing the Executive and the Legislative arms under democratic principles of separation of powers.

We the people of Ghana having admitted into practicing democracy under Article 35.1 “Ghana shall be a democratic state dedicated to the realization of freedom and justice;” we must sit-up to reconnoiter to gaining back essential democratic principle missing in the formulation of our democratic constitution knowing that “sovereignty resides in the people of Ghana from whom Government derives all its powers and authority”

Political actors of now must recognize the condition under which the 1992 Constitution came into being and get to understanding that, we are near lost to the core principles of separation of power under democratic principles if we get not to think to call for amendment of Article 78.1 where the President shall appoint majority of his ministers from the Single Chamber Parliament of Ghana.

Horrific dazing gaze starring at us in a broad day light contemplating the hands of Single Chamber Parliament tied behind them by the executive under Article 78.1 of the 1992 Constitution and that is serious.

It is mind-boggling to conjecture the horrendous efforts catapulted to electing a member of council of state by a region regardless of its population for only the President on his own discretion to appoint more members than the entire nation to council of state. It is more horrific to think that, under Article 91.3, the advice of the council of state is not binding if it is requested or on its own initiative consider and make recommendations on any matter being considered or dealt with by the Executive or the Parliament. Would there be anything the Executive or the Parliament shall deliberate upon that experienced and conscience thinking old guards of the nation could not prove to have an astounding crouch?

Advocacy for the practice of democratic culture by astute democracies are purposely directed and intended to give meaning to peaceful election of national leadership associated with transparency, fundamental human rights, and equality of persons and annihilating corruption of all traits. These are best found in the culture called “Democracy” and that therefore are the thrust for which other nation’s like mother Ghana would forgo all other political systems including systems our forebears had bored to keep us progressive in diversity including the 1960 Constitution of Dr Kwame Nkrumah.

We should not forget the several empires in Ghana including the Asante Empire which, strategically was governed with elements of democratic prudence under which most democratic nations of the world have continued to retain in pursuit of electing their heads of state and heads of government.

Democracy as it is has in-built mechanism for eschewing corruption and establishing fundamental rights for all its citizens as equal citizens and a needed diversity towards common goal- prosperity of the people of the nation.

However considering the Parliament of Ghana as it stands today, is half the executive presidency in that the most powerful among them are made prime members of the executive arm of government of Ghana. The essence of executive system of presidency as is known in the democratic circles runs contrary to what is established under the 1992 Constitution. Democratic principles of separation of powers are lost and totally lost to the people of Ghana in the name of a lame hybrid constitution which is far away from the French hybrid Constitution of 1958.

It is in the light of these thoughts that we have observed, the people of Ghana under the 1992 Constitution have been deprived of some of the essential potency of democratic principles and veers away our nation from democracy and instils unto us full fledge oligarchy that may guide us to nepotism and lead our nation into an autocratic bulwark, where only a selected few, shall at all times be the decision makers of our nation and shall divulge laws to suite themselves to pay-off debts accumulated for the expensive electoral laws we have carved for ourselves. They shall continue to divide us as a nation of “with us or against us” in seeking our votes whilst up there, they shall conceal but their wrongs against the entirety of the nation.