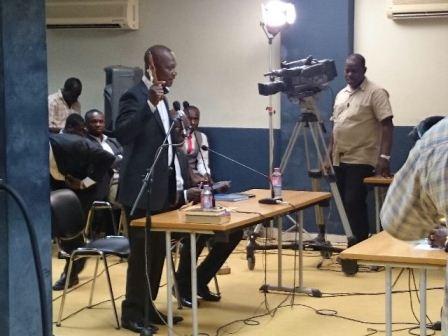 Former Ghana coach Kwesi Appiah, has said there were too many people around the Black Stars, who had no direct role with the team and called for massive reduction in future. According to Appiah, the ?hangers-on? were too many around the team and this affected concentration during the summer World Cup in Brazil where Ghana exited at the first round.

Testifying before Justice Senyo Dzamefe Commission of Inquiry, the coach said, ?the number of people in the team?s hotel as well as the team bus were too many. In future nobody should be allowed to join the team bus or hang around the hotel if they have no specific assignment in relation to the team.

?This will ensure maximum concentration for the playing body ahead of matches?, he stated.

Appiah also suggested that players should be involved in the selection of hotels during future competitions.

He added that, there was the need for Ghana to develop a coaching philosophy through the various national teams to serves as a guide for the future.