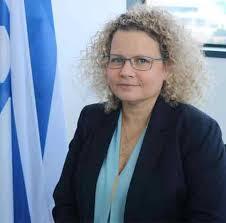 Ms Shani Cooper, Israeli Ambassador to Ghana, Liberia and Sierra-Leone has underscored the need for Ghana to invest in research for accelerated development.

She said research was one of the avenues a country could utilize to address her challenges, hence the need to pay serious attention to it.

Ms. Cooper said this in a public lecture organized by the University of Health and Allied Sciences (UHAS) in Ho in the Volta Region.

The lecture, dubbed: “The Israeli Model for Economic Transformation,” addressed the question – “How did Israel, a small Middle Eastern nation surrounded by hostile neighbors bent on its extermination become an economic success?”

She said Israel achieved her economic success because the country understood that in spite of the significant support from the diaspora, her problems would only be solved by her own people and not by foreign aid.

The Ambassador said based on that, Israel made self-reliance a key pillar of her developmental agenda and worked towards it.

She said the role of the Academia and Research Institutes in strategic approach to national development and innovation was crucial and that had made Israel the world leader in research and development investments with 4.21 per cent of Gross Domestic Product, ahead of Korea and Japan with 4.15 per cent and 3.49 per cent respectively.

The Ambassador said Israel focused on agriculture, innovation and her people in the diaspora to develop, adding that Israel innovation in agriculture centred around the Volcani Institute, Regional R&D centres and extension services.

It also include experimentation and adaptation of known solutions to fit the national context for solving problems, building unique strength and competitive advantages in the business world as well as developing public-private partnership, Ms Cooper said.

Professor John Gyapong, the Vice Chancellor, University of Health and Allied Sciences (UHAS) in his closing remarks, said the Africa Union had urged its member states to commit at least one per cent of their GDP to research and development, however most countries including Ghana were doing far less than that.

He urged Ghana to adopt and adapt the Israeli model and take its own destiny into her hands and not expect some people to come and do it for her.

Professor Gyapong also called on the country to make a better use of the potential of the Ghanaians in the diaspora than it was doing now.

The lecture was attended by over four hundred members of the University and chaired by the Vice-Chancellor.