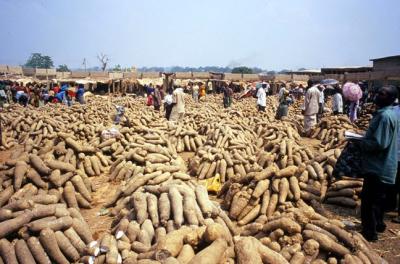 The decision by President Akufo Addo to implement the Free Senior High School System for All Ghanaian Children is one of his commitments to promoting the advancement of the Knowledge economy.

The president, in doing this, is sending a signal to the people of Ghana that over-dependence and heavy reliance on natural resources since the formation of the Gold Coast and the attainment of Independence in 1957 has not done any good to the people and that we need to move into a knowledge economy that will help promote and add value to human life and infrastructural development.

According to Adams Hayes, The knowledge economy is a system of consumption and production that is based on intellectual capital.

In particular, it refers to the ability to capitalize on scientific discoveries and basic and applied research. This has come to represent a large component of all economic activity in most developed countries. In a knowledge economy, a significant component of value may thus consist of intangible assets such as the value of its workers’ knowledge or intellectual property.

Most countries’ economies are composed of each of these three major categories of economic activity, but in differing proportions relative to the wealth of that country. Examples of knowledge economy activities include research, technical support, and consulting.

The Bayh-Dole Act of 1980 was a major turning point in the treatment of intellectual property in the U.S. because it allowed universities to retain title to inventions or discoveries made with federal R&D funding and to negotiate exclusive licenses.1

In the Information Age, the global economy has moved toward the knowledge economy, bringing with it the best practices from each country’s economy.

Also, knowledge-based factors create an interconnected and global economy where sources of knowledge, such as human expertise and trade secrets, are crucial factors in economic growth and are considered important economic resources.

However, it is important to note that generally accepted accounting principles (GAAP) do not allow companies to include these assets on their balance sheets.

The modern commercialization of academic research and basic science has its roots with governments seeking military advantage.

The knowledge economy addresses how education and knowledge—that is, “human capital,” can serve as a productive asset or business product to be sold and exported to yield profits for individuals, businesses, and the economy. This component of the economy relies greatly on intellectual capabilities instead of natural resources or physical contributions.

In the knowledge economy, products, and services that are based on intellectual expertise advance technical and scientific fields, encouraging innovation in the economy as a whole.

The World Bank defines knowledge economies according to four pillars:

Institutional structures that provide incentives for entrepreneurship and the use of knowledge
Availability of skilled labor and a good education system
Access to information and communication technology (ICT) infrastructures
A vibrant innovation landscape that includes academia, the private sector, and civil society2
Real-World Example of a Knowledge Economy

These economy brokers pass on their knowledge and services to workers in more traditional fields, such as farmers who use software applications and digital solutions to manage their farm crops better, advanced technological-based medical care procedures such as robot-assistant surgeries, or schools that provide digital study aids and online courses for students.

Razak Kojo Opoku: ‘Yes, President Akufo-Addo Has Made Ghana Better Than UK and US’