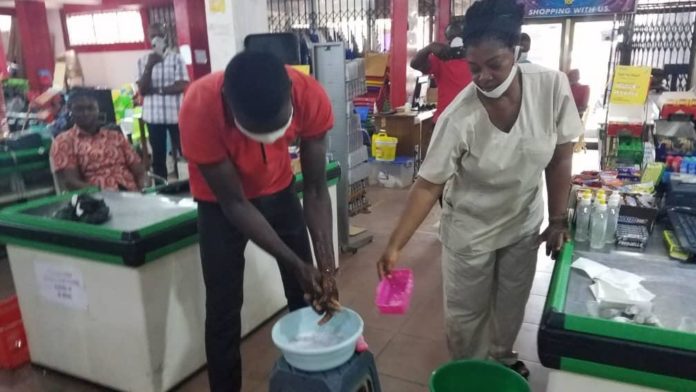 She said though the advent of the COVID-19 pandemic increased and encouraged regular handwashing due to perceived vulnerability and severity of the pandemic, the practice was going down with emphasis now on mask wearing and vaccination.

Mrs Adomako-Adjei, who was speaking to the Ghana News Agency ahead of this year’s Global Handwashing Day celebration, said while the ‘preaching’ of mask-wearing and vaccination was good, it was important that the country sustained the campaign on handwashing.

She said that was because, handwashing “is the mainstay of public safety regardless of outbreak of diseases and breaks the roots of disease transmission.”

Mrs Adomako-Adjei said awareness of the importance of handwashing was good in the country and what was needed was for stakeholders to make commitment to shift increased awareness to behavior change.

She said focus must be on people adopting handwashing as personal habit to protect themselves and those around.

Mrs Adomako-Adjei also said stakeholders ought to provide handwashing stations in public spaces to make hand hygiene a priority outside the home.

“Handwashing has to be made a public behaviour and moved from the home to the markets, work places, lorry stations and schools,” she said.

Mrs Adomako-Adjei said to mark the Day, Community Water and Sanitation Agency was unveiling a compendium of innovative handwashing facilities with an exhibition and sensitisation at the Kwame Nkrumah Circle.

Ignaz Semmelweis, a Hungarian doctor working in Vienna General Hospital, is known as the father of hand hygiene.

Taking cognisance of the seriousness, Semmelweis imposed a new rule mandating handwashing with chlorine for doctors. The rates of death in his maternity ward fell dramatically. This was the first proof that cleansing hands could prevent infection.

October 15 has been set aside as the Global Handwashing Day to increase awareness and understanding about the importance of handwashing with soap as an effective and affordable way to prevent diseases and save lives.

According to Wateraid, simply washing hands with soap and water after going to the toilet, before eating or feeding and before preparing food could help prevent life-threatening illnesses such as diarrhoeal diseases, cholera, pneumonia and intestinal worms.

It said it reduced incidence of skin infections, and washing faces with soap could reduce the likelihood of contracting blinding trachoma.

The Organisation also said handwashing with soap had been found to reduce school absenteeism by 43 per cent.

Infection-related infant deaths could also be reduced by 27 per cent by improving handwashing practices in healthcare facilities, and a further 40 per cent by handwashing in the postnatal period.

The United Nations said COVID-19 pandemic provided a stark reminder that one of the most effective ways to stop the spread of a virus is also one of the simplest: hand hygiene, especially through handwashing with soap.

It said to beat the virus and ensure better health outcomes beyond the pandemic, handwashing with soap must be a priority now and in the future.

The theme for this year’s celebration is, “Our Future is at Hand – Let’s Move Forward Together.”