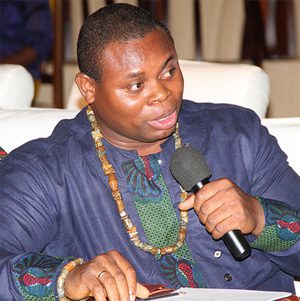 IMANI Ghana has proposed the passage of a law on fiscal responsibility to regulate government spending.

The think-tank, which made the suggestion in its review on the 2015 Budget Statement presented to Parliament by the Minister of Finance recently, noted that government?s fiscal consolidation programme is likely to fail if there is no Fiscal Responsibility Law to regulate government spending.

It also said the 2015 Budget Statement does not contain policies that are entirely different from previous budgets, adding that Government?s focus on taxes was wrong because the incentive effect might outweigh the revenue effect.

Additionally, it noted that the 2015 budget did not focus on transparency and anti-corruption initiatives except a reaffirmation of the constitutionally mandated charge on the Auditor-General to perform his duty.

Commenting on debt sustainability, IMANI emphasised: ?Government is still too confident in the Debt Sustainability Analysis (DSA). Government confidence in the DSA in the last few years cannot be overemphasized.

?In 2012, when many became worried about our debt profile and admonished government to exercise restraint on borrowing, government citing in the Medium Term Debt Management Strategy (MTDS II) the DSA in the Article IV consultation strongly argued that Ghana has ?significant borrowing space and could therefore borrow to fill the financing gap needed to achieve the MDGs. Yet in less than two years, the debt ratio has reached unsustainable level.?

On the energy sector, it said most strategic projects that government promised to complete in 2014 were still incomplete.

?In essence, government failed to add an additional 342MW energy capacity it promised in 2014. Considering that the budget allotted to sector has been slashed by 40.37%, it is hard to have confidence in the proposed generation of 770MW + 33.5MW additional energy in 2015.

?The failure of government to solve the energy crisis since 2007 means that there is a prima facie rationale for private sector participation in the energy sector. For Ghanaians to believe ex ante in government ability to achieve energy targets, we need explicit reports on project timeline, project scope, costs, risks, and planned expenditure and expected variation at the beginning of each project.?