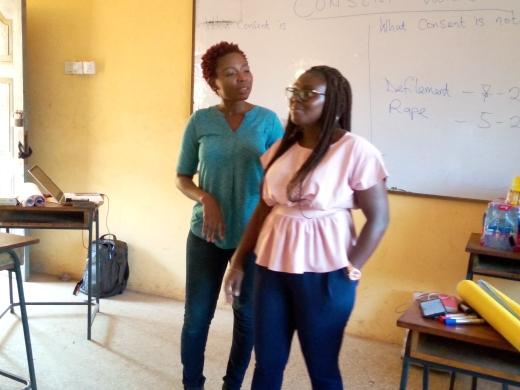 The Women in Law and Development in Africa (WiLDAF), has called on government to develop a Sexual Offenders Register with respective law enforcement agencies to enable the rights of vulnerable individuals especially women and girls to be protected.

The Register, when developed would have a record of all persons involved in sexual violence and its related offences such as rape, defilement, and incest.

Such records would sideline perpetrators from being involved in social activities or job placements such as teaching, working in orphanages among others so as not to put the lives of vulnerable persons at risk.

Ms Abigail Edem Hunu, the Communication and Advocacy Officer of WiLDAF Ghana, made the appeal when members of WiLDAF engaged students in basic schools and second cycle institutions in Accra on consent in sexual relations, rape and defilement.

She also called on government to establish Gender Violence Psychologists or Therapists Unit in health facilities and police stations to help victims of sexual abuse to overcome their ordeals.

The engagement, was part of the 16-Day of Activism following the global commemoration of the International Day for Elimination of Violence against Women on November 25, aimed at enlightening girls on their rights especially to their bodies, which solely belonged to them.

Ms Hunu said WiLDAF wanted to see a world where women and young ladies could live peacefully while striving to achieve their dreams without being intimidated or abused by society.

She said vulnerable groups especially women and girls are still suffering from sodomy, defilement, and incest-driven actions among others, hence the need to create awareness on the rights of women and girls.

She advised the students to stand up for their rights against people who tried to take advantage of them.
She said ?When you are raped, don?t bath before going to report to the Police for a medical report form, else you will wash away the evidence?.

Ms Hunu urged the public to pay listening ears to victims of sexual abuse without judging or making them feel worse to enable them to gradually get over it.

Parents must empower children to say ‘no’ – UNFPA

WiLDAF Ghana Acknowledges Sophia Akuffo on Her Appointment as CJ