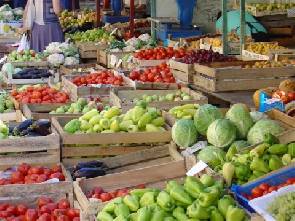 The Producer Price Index (PPI) in Ghana in October was 9.8 percent, a slight increase from the 9.7 percent recorded in September, the Ghana Statistical Service (GSS) said here on Wednesday.

The monthly change rate was -0.4 percent for the month under review, relative to the 0.8 percent recorded for the month of September.

Acting Government Statistician Baah Wadieh explained that a 1.6 percentage point rise in manufacturing, the largest industry sector, to record 3 percent inflation, was mainly responsible for the slight rise in inflation.

On the other hand, the producer inflation rate for mining and quarrying decreased by 7.5 percentage points to record an inflation rate of 14.7 percent in October.

Wadieh attributed the fall in mining and quarrying to the behavior of gold prices on the world stage.

However, industry inflation for the utilities sector remained flat at 38.2 percent during the month of October. Enditem