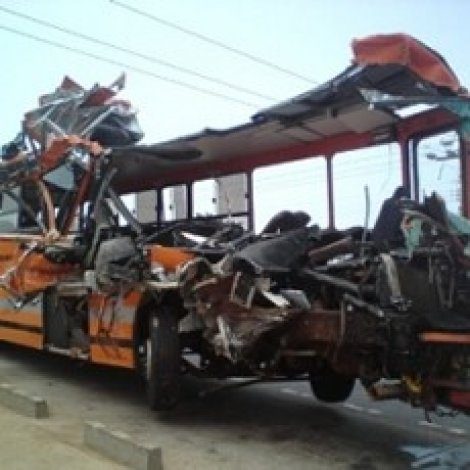 Atingane said one injured passengers had told the police that the bus had developed a faulty brake when it got to Techiman, about 62km from the crash site.

“The driver of the bus stopped to fix the problem, but the mechanic who came to work on the vehicle failed to solve the problem,” said the passenger.

He said the driver, who was determined to reach Tamale, continued the journey with the faulty brakes, and on reaching a sharp curve at Kintampo, the brakes failed and rammed into the cargo truck, which was on its way from Burkina Faso to Accra.