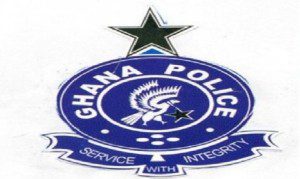 The Motor Traffic and Transport Department (MTTD) of the Ghana Police Service is set to enforce the spot fine regulation by December, 2015, following approval of 38 road offences by parliament and acquisition of logistics.

The regulation 157 of LI [Legislative Instrument] 2180 when finally implemented on the scheduled period, traffic violators of minor offences will receive instant punishment ranging from five to 50 penalty units or 60 to 600 Ghana cedis.

The system will enable the police officers of the traffic wing to levy on-the-spot-fine for offenders with quantum of fine amount increasing after first offence.

Deputy Superintendent of Police Alexander Kweku Obeng, Director in charge of Education, Research and Training at the MTTD said this on Saturday at a public education session on the new traffic regulation.

The session, which was at the instance of the Adventists Men?s Organisation of the Seventh Day Adventist Church at Adenta attracted transport union members, drivers, vehicle owners and hawkers as well as church members.

It was on the theme: “The role and responsibilities of Adenta road users with respect to enforcement of the new road traffic regulation and driving defensively under the spot fine regulation in Ghana as grounded in the road law.?

DSP Obeng decried the horrific carnage on the roads, attributing it to indiscipline, over speeding, disrespect for traffic rules and zebra crossings as well as driving under the influence of drugs or alcohol.

He also blamed thousands of road accident deaths and extensive damage to property valuing millions of cedis, on driving or riding or crossing roads while using mobile phone and refusal of drivers to wear seat belt among others.

He justified the implementation of the spot fine saying it will seek to reduce road accidents and traffic rule violations, minimize perceived corruption in the police service, raise tax revenue for the country and check widespread indiscipline perpetrated by road users.

DSP Obeng said the police have received adequate training and acquired high tech gadgets for the effective implementation of the system, which he said has been successful in Gambia, Malawi, Spain, France and South Africa among others.

But experts say a number of factors contribute to the risk of collision, including vehicle design, speed of operation, road design, road environment, driver skill and/or impairment, and driver behavior.

Worldwide, motor vehicle collisions lead to death and disability as well as financial costs to both society and the individuals involved.

Mr Godfred Mawutor, Church Elder of SDA, described road safety issues as serious ones and emerging road accident figures as very frightening which ought to be checked immediately.

He said in Ghana about 4,441 died in 2014 with many more sustaining various degrees of injuries, adding, that ?if nothing is done the death toll can rise.?

According to the World Health Organization, road traffic injuries caused an estimated 1.24 million deaths worldwide in the year 2010, slightly down from 1.26 million in 2000.

That is one person is killed every 25 seconds and only 28 countries, representing 449 million people, seven percent of the world?s population, have adequate laws that address all five risk factors such as speed, drink?driving, helmets, seat-belts and child restraints.

Over a third of road traffic deaths in low- and middle-income countries are among pedestrians and cyclists.

However, less than 35 percent of low- and middle-income countries have policies in place to protect these road users.