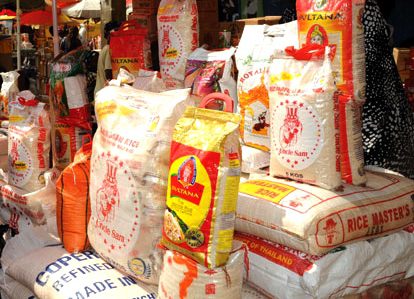 ESOKO Ghana has attributed the continuous decline in the price of imported rice to an increase in demand for local rice by consumers.

The price of imported rice has seen continues reduction of about 20 percent in the last three weeks.

Currently a five kilogram bag of imported rice is selling at 21 cedis 90 pesewas against the 27 cedis 3 pesewas it recorded a week before.

Content Producer at Esoko Ghana Commodity Index (EGCI), Francis Danso Adjei, explains the decline in the price of imported rice is due to the increase demand for local rice as well as standardization of prices after the festive season.

‘‘People are now buying more of the local rice, people are now becoming patriotic. The second one is also because now the festivities are over, so the price hike that we experienced during the festivities is dropping. Prices are now beginning to normalize on the market so that is why we are seeing those changes.”Francis Danso Adjei stated.

He added, “These are changes we should be concerned about. Things will normalize and all things being equal, then we should have stable prices as we move on’’.