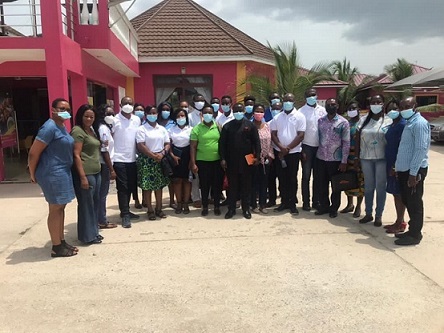 The Ghana Psychological Association (GPA), is to launch a handbook on disaster management.

The book will guide a holistic approach to respond to disasters from mobilisation to interventions, Dr Collins Badu Agyemang, President of the Association, told the Ghana News Agency (GNA).

He said this after collaborative efforts of the Association and other governmental agencies’ one-week psychological support to bereaved families and survivors of the Apam drowning incident in the Central Region.

After an initial assessment, the psychological support and intervention were extended to the local rescue team, pupils, the police and national investigation bureau personnel in the fishing community.

The handbook will document best practices from the Association’s responses to disasters in the country such as the collapse of the Melcom Shopping Mall building, the ‘June 3rd Circle’ flood/fire disaster, atomic gas blast, the collapse of banks and the Apam children drowning incident.

Dr Agyemang said the Association’s one week’s intervention led to the discovery of two other survivors, “Who quietly slipped away for fear of being punished and were traumatised.”

This brings to four, the number of known survivors.

He said the Association provided professional psychosocial Intervention that helped the bereaved families and the survivors to reprocess and restructure their thoughts and emotions, so they could still live functional lives despite their traumatic experiences.

Dr Agyemang said the rescue team also benefited from the services of the Association.

Thirty professional Mental Health personnel were dispatched to Apam in the Central Region to provide psychological support to survivors and affected families of the Apam drowning incident.

The one-week exercise, under the auspices of the Ministry of Gender, Children and Social Protection, Ministry of Health, the Ghana Psychological Association, the Mental Health Authority, and the District Assembly was to help survivors and affected families deal with anxiety, fear and depression caused by the tragedy.

Apam, the capital of the Gomoa West District in the Central Region was thrown into a state of mourning after 20 teenagers who went to have fun at the beach got drowned on Sunday, March 7, 2021.

The victims, aged between 14 and 17, used an illegal route through a lagoon to the other side of the beach to swim.

COVID-19 vaccine supply hitches could reignite upticks in Africa – WHO