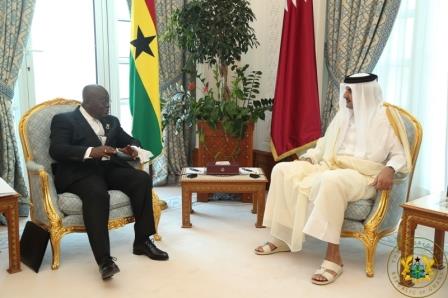 Ghana and Qatar are seeking ways to boost multi-faceted bilateral cooperation between the two countries, with Ghana seeking to leverage on Qatar’s expertise in the oil and gas sector to enhance its energy infrastructure.

This was the outcome of discussions when President Nana Addo Dankwa Akufo-Addo, on Thursday, called on the Emir of Qatar, Sheikh Tamim bin Hamad Al Thani, as part of his three-day official visit to that country.