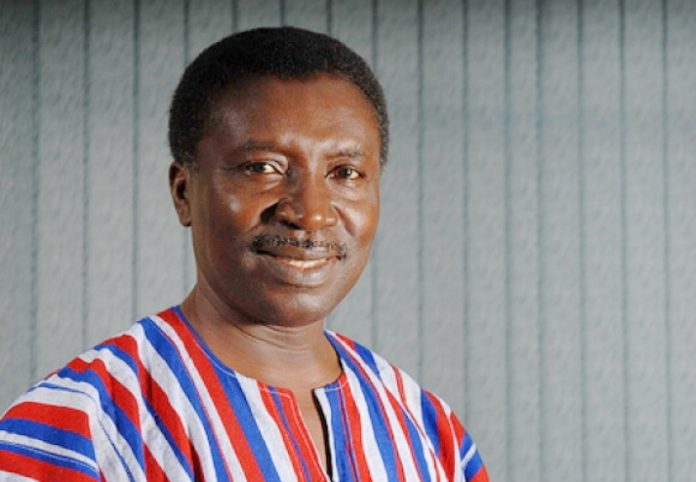 He said the country was able to attain some understandings with some institutions and global bodies in terms of renewable energy, waste recycling, forest restoration and so many other areas involving climate change mitigation actions.

Speaking in an interview with the GNA in Bonn, Germany, on what Ghana had been able to attain at the conference, Prof Frimpong-Boateng said Ghana did not strike any bilateral agreements in Bonn, but with the many promising agreement the Ghanaian delegates were able to attain, it was hopeful that the necessary follow-ups would be done in the coming days to enable the country benefits from such meetings.

“We hope that in the coming weeks and months, we will be able to follow up and get something concrete for our country,” he noted.

Among the 25,000 participants that attended the UN Conference of Parties (COP23) on Climate Change in Bonn, were various parties and negotiators, including Ghana’s contingents of technocrats and officials from the Environmental Protection Agency, (EPA), the
Ministry of Finance, the Ministry of Lands and Natural Resources and the Forestry Commission.

Prof Frimpong-Boateng and Mr John Peter Amewu, Minister of Lands and Natural Resources, together with Mr Peter Abum Sarkodie, the Executive Director of the EPA were some of the lead Ghanaian delegates that led Ghana’s team of negotiators and parties to the two-
week conference that closed on Friday November 17.

Also in attendance were representatives from Academia in Ghana, non-governmental organisations, civil society activists and representatives of development partners in the country.

The two Ghanaian Ministers participated in many meetings and addressed high level ministerial segments as well as some ministerial conferences that enabled them to deliberate on environmental issues and also come into some bilateral understandings with partner institutions and countries.

Ghana also held a side-event alongside the COP23 to showcase to the world what the country was doing within the Climate agenda.

The event was hosted by the Ghana-China South-South Cooperation on renewable Energy Transfer with the UNDP playing the facilitation role.

The Ghana-Bonn event was also used to share the key objectives of Ghana’s renewable energy plan and other actions being undertaken under the trilateral agreement.

The event was held on the theme: “Demonstrating Progress in Ghana’s Climate Agenda, Trilateral Cooperation in Renewable Energy, cities and Climate”.

COP23, was hosted by the Republic of Fiji as the chair of the event, and technically supported by the German Government.

It opened on Monday November 6, and the curtain was drawn to a close on Friday, November 17.

It is featured various plenary meetings and core meetings of groups of the Convention and Protocol bodies and many more events around the topics of the COP all across Bonn and its surroundings.

There were other side events involving activists and actors who gathered at one side within the Bula Zone on the UN Campus in Bonn, as well as the Bonn Zone, which was further apart, to make comments and statements on the need to accelerate actions in cutting down emissions and committing further to mitigate climate change impact, especially on vulnerable countries like Fiji and other island countries; and also on Africa.

Other activists also staged a demonstration on the need to do away with coal mining in the world, especially in the developed countries while some vegetarian groups shared and distributed vegetarian food and leaflets, educating people to stay away from consuming non-vegetarian food to protect the environment.

On the closing day, the GNA observed there was security beefed-up in and around the conference grounds with many police officers spotted around both entrances of the Bonn and Bula Zones where the COP23 were held.