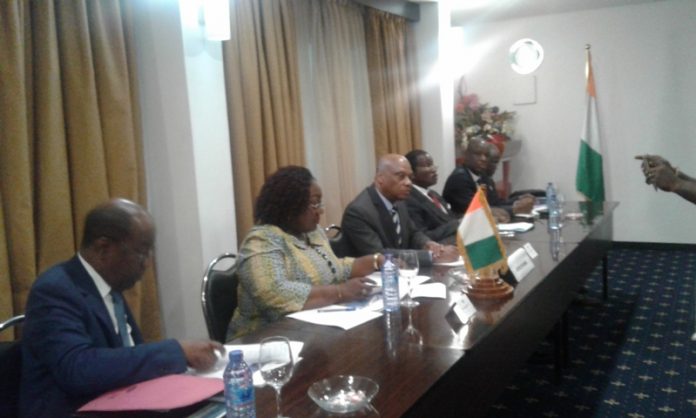 Ghana and La Cote d’Ivoire have agreed upon a Memorandum of Understanding (MOU) detailing Plan of Action to address the pollution of water bodies through illegal mining.

The activities of illegal miners in Ghana, otherwise known as galamsey, have polluted water bodies with rippling effects on water bodies in neighbouring La Cote d’Ivoire.

The MOU contained recommendations, terms of reference and timelines that aimed at resolving the pollution of Bia and Tano rivers in the Western Region which flowed into lagoons in Cote d’Ivoire and, thus, polluting that country’s water bodies.

At a high level Ministerial Meeting of delegations from Ghana and La Cote d’Ivoire in Accra on Thursday, under the auspices of the Ministry of Foreign Affairs and Regional Integration, the members agreed to implement recommendations outlined in the MoU.

Professor Kwabena Frimpong-Boateng, the Minister of Environment, Science, Technology and Innovation, speaking on behalf of Ghana’s delegation, said the government was very much concerned and interested in resolving the impact of illegal mining in neighbouring La Cote d’Ivoire.

He gave the assurance that the Ivorian delegation that would marshal resources to implement the activities suggested by the Technical Experts Sub-Committee that came out with recommendations to help resolve the problem.

Prof. Frimpong-Boateng said the Akufo-Addo led Government cherished the good relations between the two countries and would, therefore, work diligently to maintain and sustain it for their mutual benefits.

He noted that other African countries that were experiencing similar challenges were looking up to Ghana and Cote d’Ivoire on how they would resolve the pollution of their water bodies by the activities of illegal miners.

Mr Jean-Claude Bron, the Ivorian Minister of Industry and Mines, who led the delegation, said President Alassane Ouattara and the Ivoirians shared the same objectives with their Ghanaian counterparts, intended to resolve the menace of illegal mining.

He expressed optimism that the successful implementation of the Technical Experts Sub-committee’s recommendations would further strengthen the good relations that existed between the two countries.

Mr Bron said the ministerial meetings held between the two countries on April 7, this year, and those held on Tuesday, June 20 and Wednesday, June 21, would go a long way to solve the problem.

‘‘Putting our efforts together will help eradicate the illegal mining that had polluted our water bodies and solve the burden of our peoples,’’ he said.

Giving the highlights of the Technical Experts Sub-Committee’s Report, Madam Barbara Oteng-Gyasi, the Deputy Minister of Lands and Natural Resources, said the recommendations of the Committee contained a broad framework of activities to be undertaken to resolve the pollution, starting from July 15 to December 8, this year.

The plan of actions suggested by the Committee to resolve the problem include; identifying the various ministries that would work together to resolve the pollution, identifying the sources of pollution, each country contributing material and financial resources to implement the recommendations, sampling of water for laboratory test and joint field inspection of the sources of pollution.

Madam Oteng-Gyasi noted that after those activities had been implemented to the mutual satisfaction of the two countries, they would review it to determine the way forward adding that a two-year time frame had been given to resolve the problem.

The ministries that had been identified to work together towards the resolution of the challenge included; the Lands and Natural Resources, the Environment, Science, Technology and Innovation, the Sanitation and Water Resources and the Fisheries and Aquaculture Development from the Ghana side.

From the Ivorian side, the Mines and Industry, the Waste Management and Sustainable Development and the Infrastructure, Forest and Water ministries had been identified to collaborate with their Ghanaian counterparts to resolve the matter.

Ghana has been grappling with the menace of illegal mining over the past decades which had polluted the major rivers in the country coupled with massive environmental degradation.

Successive governments, over the years, had instituted various measures and interventions to halt the practice but to no avail.

However, the Government, led by President Nana Addo Dankwa Akufo-Addo, upon assumption of office in January, this year, launched a forceful attack on illegal miners intended to clamp down on the menace once and for all.

Four on remand for illegal mining