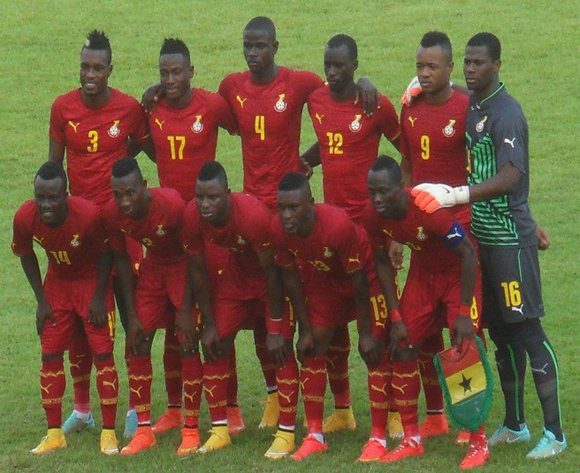 Ghana are still without a win after the 2015 Africa Cup of Nations after drawing 1-1 with Mali on Tuesday night in Paris.

The Udinese player received a pass from Richmond Boakye-Yiadom and he raced in behind the Mali defence stab the ball past goalkeeper Soumaila Diakite.

Mali were better in the first half and hit the cross-bar in the 28th?minute after dominating play.

It was striker Sambou Yatabare?s effort which came off the post.

Ghana came close getting to the end of the first half with a well-worked effort from the left between Frederick Acheampong and Andre Ayew but Christian Atsu missed narrowly.

The Black Stars continued with some aggressive and intricate passing play and were duly awarded with a goal courtesy Badu.

But Mali never gave up and continued to make incursions. One of them resulted in a corner which was glided inside the Ghana box.

Boakye-Yiadom fouled a Mali striker inside the box and the referee whistled for a penalty.

Striker Bakary Sako converted from the penalty spot to level the scoring.

Six minutes later, Boakye hit the side post after the Atalanta forward profited from a miss-hit clearance by the last defender.

Ghana made changes searching for the winner with the introduction of Jordan Ayew, David Accam and Kwesi Appiah- all players of the 2015 Africa Cup of Nations silver medal winning team.

This means Ghana are without a win after the tournament in Equatorial Guinea after losing 2-1 to Senegal in Le Havre last Saturday.

Mali, coached by Frenchman Alain Giresse, were beaten 4-3 by Gabon.