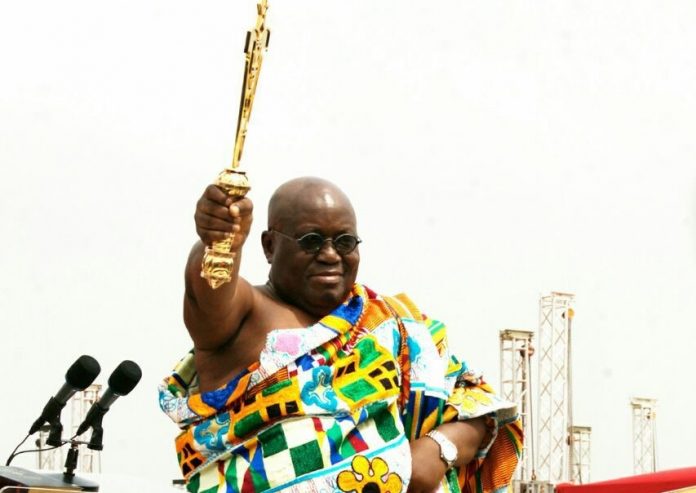 Ghana was kept in high spirits on Saturday by its smooth transfer of presidential power and by the new president’s attractive promises.

Ghana’s new president Nana Addo Dankwa Akufo-Addo took the oath of office on Saturday in the presence of some 12 African heads of state and other foreign dignitaries.

Akufo-Addo said at the ceremony that his government would reduce taxes to recover momentum of the economy and rely on vibrant private sector to spur growth and create jobs.

The 72-year-old former human rights lawyer took over from John Dramani Mahama who served just one term in office as president.

Speaking to Xinhua during the investiture of the president here on Saturday, respondents of different status indicated they will hold the new administration to its words.

Nii Kwabena Bone, traditional ruler of Osu Alata in the capital, expressed hopes in the local Ga language that the new government would fulfill its promises.

“When Nana Addo was doing his campaign there were a lot of challenges facing Ghanaians that he promised to deal with. So we are all praying that he will do all that he has promised so that there will be peace,” he said.

Promises made by the new president included building one factory in each administrative district, constructing an irrigation dam in each village, providing free maternal health care, reducing utility tariffs and petroleum prices.

Naaba Abeka Nonge-Boor Maltinga, the chief of Bolga in the Upper East Region also called for the president not to disappoint Ghanaians.

“We are hopeful that the promises they have made, that is to improve the livelihood of the Ghanaian people, are upheld. We are also expecting that peace and security will be enhanced. We are also hoping that there will be a lot of employment opportunities,” the chief said.

Alice Abrokwa, a market woman, also believes the new president will bring about interventions that will alleviate the plights of Ghanaians.

“Because we are tired and that we wish Nana can do better for us, that is why we voted for him. So he shouldn’t look back but should try to think higher and about the promises he made to us,” she told Xinhua. Enditem