Mrs Ellen Osei , District Director of the Abura Asebu Kwamankese (AAK) office of the National Commission for Civic Education (NCCE) has reiterated calls on Parents to nurture their wards with all diligence as the future of Ghana thrives on them.

She said parents must bring up their children the way they would be proud of to secure the Country a better future direction towards greatness.

The Director who was speaking in an interview with the Ghana News Agency, urged parents to live lives worthy of emulation.

She tasked them to also make the safety and education of their wards a priority , speak to them with love , pay keen attention to their needs, caution , motivate and correct them when they go wrong.

“It is wrong to leave your teenagers to roam at night or even leave them to watch television while you sleep , it gives them the opportunity to watch adult sites and also depend on friends for wrong advice.

“Let’s not expose children to harsh and menial tasks that are beyond their strengths”, she advised.

On teenage pregnancy, Mrs Osei indicated that the menace was on the rise especially in the district and called for collaboration between parents and other stakeholders to curtail it.

“Our teenagers are getting pregnant because Society has made it normal , they have their freedom to go anywhere and do whatever , we have to break that culture because it is a great threat to the nation’s development”, she added.

She said it was also wrong to settle issues of defilement and rape at home or force minors into marriages for monetary favours, adding that these were considered criminal and was punishable by law.

Mrs Osei, however, urged parents to allow their wards to continue their schooling after discovering they were pregnant because there was a policy designed to that effect.

Again, she told parents to avoid hurling insults and verbally abusing their wards because it does not only affect them emotionally but the act also hinder the growth of the child.

“Children are gifts from God, pamper them when the need arises , correct them when they miss the way and desist from using abusive words against them. 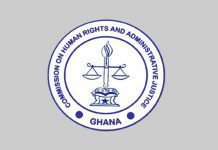