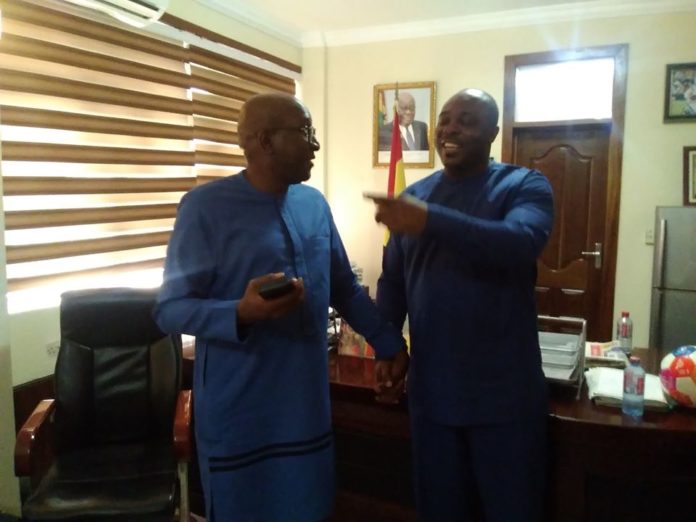 Executive Director of the OlympAfrica Foundation Mr. Alassane Diack has assured that Ghana will soon benefit from its programmes and donations after meeting the requirements.

Mr. Diack who is on a working visit to Ghana on Tuesday went to the Amasaman Centre For Juvenile Sports Excellence to acquaint himself with progress made on the development of the field and was very satisfied.

He expressed that the field was not meant for an Olympic Stadium as many people knew or believed but it should be a kids and youth development facility for children aged between 3 years and 13 years.

According to Mr. Alassane Diack, the OlympAfrica Foundation uses sports as a tool for development and they are interested in training young people to to appreciate life and care for each other.

He noted that sports can be used for many things in life and they want the children living in and around Amasaman to benefit, hence the basic schools would be entered to take part in the Footballnet programme for under 10 years and the winners will represent Ghana in an international event.

He said Ghana has great sports talent and they must be groom to be useful citizens.

Before going to the field, he called on the MCE for Ga West Assembly, Hon. Clement Wilkinson and later met the minister of Youth & Sports, Hon. Isaac Asiamah at his office accompanied by the Ghana Olympic Committee (GOC) president, Ben Nunoo Mensah and some members of the GOC board.

Mr. Diack will meet the sports press on Wednesday at the GOC head quarters at Ridge in Accra before calling on the parliamentary select committee on sports and then leave for Burkina Faso on Thursday.